He has technical faults, will get more exposed in overseas conditions: Agarkar opines on Indian batter 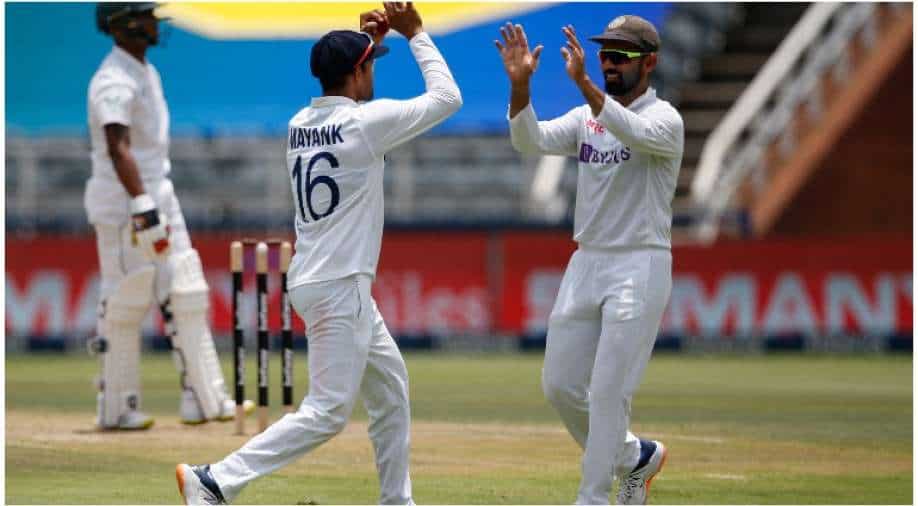 Former Indian pacer Ajit Agarkar opined on Indian star batter after his string of low scores in the South Africa Tests, despite a good knock in the first innings of the tour opener.

India and South Africa are involved in a thrilling third and final Test at Newlands, Cape Town. The entire series has been a topsy-turvy ride with both teams leaving no stone unturned and not allowing the other to dictate terms from the word go.

While KL Rahul, Captain Virat Kohli, pacers Jasprit Bumrah, Mohammed Shami, all-rounder Shardul Thakur and Rishabh Pant have done well during the course of the series for the Rahul Dravid-coached Indian team, Mayank Agarwal, Cheteshwar Pujara, Ajinkya Rahane, R Ashwin, etc. haven't done anything extra ordinary. Talking about Mayank, the right-hander started the tour with a fine 60 in the first innings of the series opener, however, he couldn't capitalise on any of the following outings to return with scores of 9, 17, 3, and 7.

Thus, former Indian fast-bowling all-rounder Ajit Agarkar opened up on Mayank's struggles overseas and said was quoted as saying by News18, "He has wasted a chance because he started the series well. It is not easy when Rabada is in such a good rhythm, the way he was bowling, but he [Mayank] has technical faults. He gets out in the same way and he will get more exposed, especially, in overseas conditions."

"He could have done very little with this ball because it was close to the off-stump on a good length, moved away slightly after pitching, and bounced as well. Mayank Agarwal has not played much in overseas conditions either because he is the third or fourth opener," Agarkar further mentioned.

Given that the likes of Rohit Sharma and Shubman Gill missed the SA Tests due to injury concerns, Mayank would be gutted to have not made a bigger contribution with the bat in the ongoing series, in the rainbow nation.

After the SA series, India will host Sri Lanka in a two-match Test series, which is scheduled to be held on February 25 and March 5, respectively. Thus, the Test specialist Mayank will be eager to make the most of his opportunities versus the Lankans and remain in India's scheme of things in the red-ball format.