India vs Australia: One of the best Indian bowling attacks that I have ever seen, says Nathan Lyon 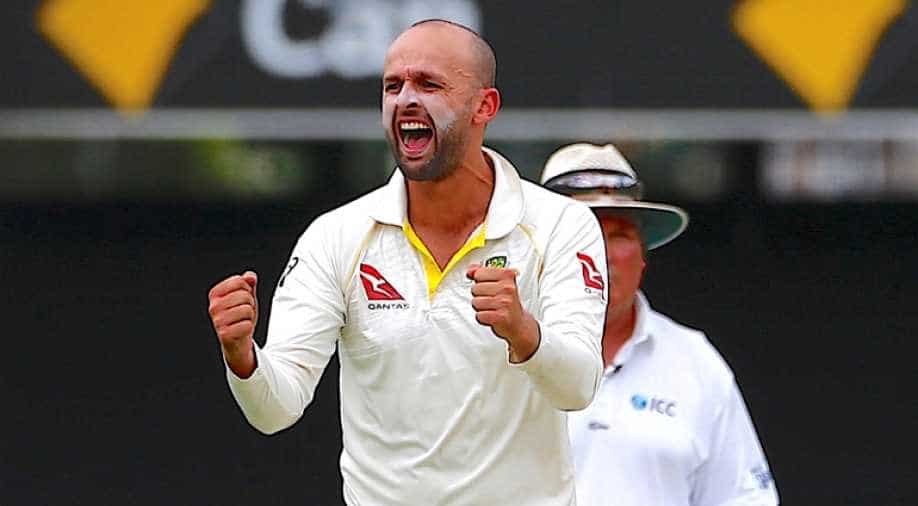 ' You have got to remember that we are coming up against a world class bowling attack,' said Nathan Lyon.

Australia were at 258 for eight at stumps on the fourth day of the third Test against India in Melbourne. India set a target of 399 after the visitors declared their second innings at 106 for eight.

While Australian tailenders displayed a massive resistance as they managed to add crucial runs and were behind by 141 runs at the close of play, with Pat Cummins and Nathan Lyon batting on 61 and 6 respectively.

On being asked about flaws in the Australian batting unit, he said, "I see how much hard work the guys are doing in the nets and at training. You have got to remember that we are coming up against a world class bowling attack."

He further said, "I think the Indian's fast bowling attack really stood the seam up really well, and in them being able to get a fair amount of swing."

Lyon gave a special mention to Indian pacer Jasprit Bumrah who took a career-best 6-33 in his first year in Test cricket.

He said, "He's quick and he's got a very good slower one. Obviously, he is world-class. He has got all the skills - he has got a fast bumper, he has got a fast yorker, and he bashes (hits it) a good length. He is a pretty good all-round package when it comes to fast bowling."

Pat Cummins enjoyed an all-round day at the @MCG, following up his second innings six-for with a brilliant 61*.

Australia, however, will still need a miracle to stave off defeat tomorrow.#AUSvIND REPORT 👇https://t.co/fwFSGXHJdC pic.twitter.com/zRL0MaSwmE

The hosts require 141 runs for an improbable win, with just two wickets remaining.

"We are going to come out tomorrow and we are going to try and win the first ball and the first over and show a lot of fight and have a lot of pride in going at the bat there for Australia," Lyon said.

The previous biggest successful run chase at the ground came in 1928 when England made 332 for seven.