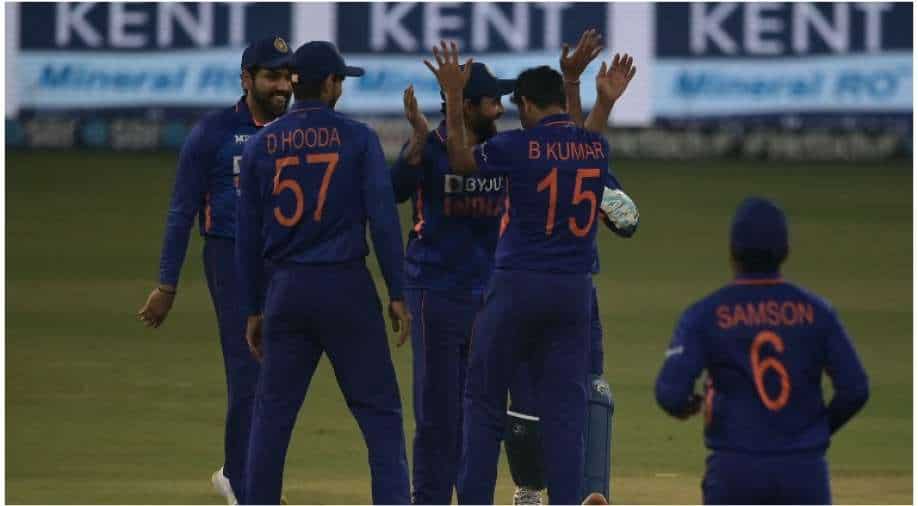 India vs Sri Lanka: Ahead of the second and penultimate T20I, here's a look at the weather forecast for the encounter in Dharamshala -

Team India and Sri Lanka will face each other in the second and penultimate T20I on Saturday evening (February 26). The match is set to take place in the picturesque Himachal Pradesh Cricket Association Stadium, Dharamsala.

After an emphatic performance in the series opener, the Rohit Sharma-led Indian team will be eager to close the series in the second game itself with an unassailable lead. This will help the home team to test their benched players in the third and final encounter, also to be played at the same venue on Sunday (February 27).

ALSO READ | They were standing there for me: Ishan Kishan credits Rohit, Dravid for backing him despite poor form

Ahead of the second and penultimate T20I, here's a look at the weather forecast for the encounter:

As per a report in News18, the weather is expected to play spoilsport in patches -- if not a complete washout. Much to the dismay of the fans, rain is predicted on Saturday evening whereas the precipitation chances are 90 percent.

On the other hand, the humidity can be around 87 percent whereas the wind speed can be recorded at 10 km/h. The forecast further reveals that the temperature can range from 7 degrees celsius to 10 degrees celsius.

India are enjoying their best-ever unbeaten streak in the format (10). Thus, the Rohit-led side will be eager to continue with their dream run and seal another series post the disastrous 2021 T20 World Cup campaign, in the UAE. Will their plans be spoiled due to rain? Only time will tell...