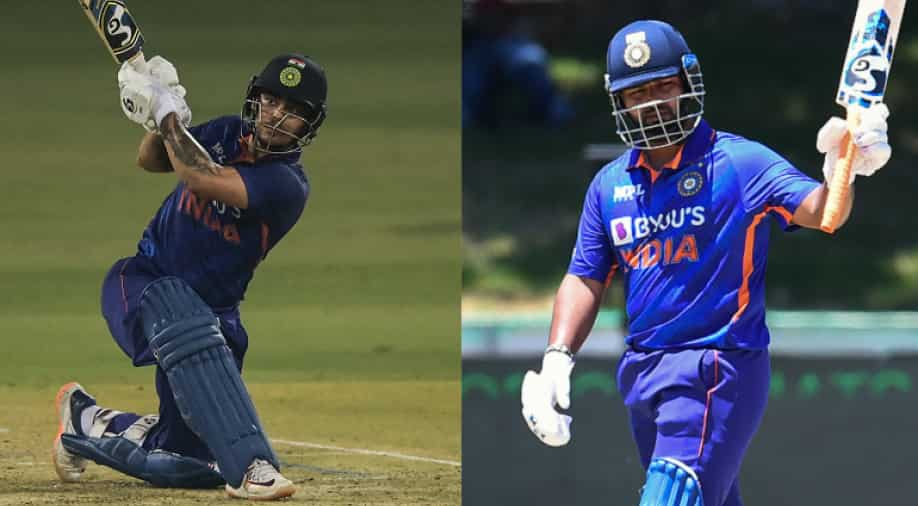 Ishan Kishan slammed a brilliant knock of 89 runs off just 56 deliveries in the 1st T20I against Sri Lanka to create a new record for the Indian team.

Ishan Kishan slammed a brilliant knock of 89 runs as India thrashed Sri Laka by 62 runs in the first T20I of the ongoing three-match series in Lucknow on Friday. The wicket-keeper batter was under significant pressure to bounce back after his poor run in the recently-concluded T20I series against West Indies. However, Kishan silenced his critics in style with a stunning knock.

After Sri Lanka won the toss and invited India to bat first in the series-opener, Kishan and skipper Rohit Sharma got the hosts off to a flyer. The duo went all out against the Sri Lankan bowlers to post a 111-run opening stand. While skipper Rohit continued his good form and scored 44 off 32 balls, Kishan went berserk and slammed 89 off 56 deliveries.

Kishan's swashbuckling knock was laced with ten fours and three sixes as he took the Sri Lankan bowlers to the cleaners. The young wicket-keeper batter missed out on scoring his maiden T20I hundred by just 11 runs but ended up creating a new record for the Men in Blue in T20Is.

With the help of his brilliant knock, Kishan surpassed MS Dhoni and Rishabh Pant to create the record for the highest individual score by an Indian wicket-keeper batter in T20Is. Pant held the record previously with the highest score of 65 runs in T20Is. While both Kishan and Rahul have played a number of matches as specialist batters in the Indian team, the list consists of their highest scores from matches where they also kept wickets for the team.

Highest individual scores by an Indian wicket-keeper in T20Is

With the help of Kishan's 89, and Shreyas Iyer's quickfire 28-ball 57, India managed to put on a strong total of 199 runs on the board in the first T20I against Sri Lanka on Thursday. In reply, Sri Lanka were restrrcited on 137/6 in 20 overs after a superb bowling effort from the hosts.

Bhuvneshwar Kumar continued his fine form with the ball as he picked up two wickets while conceding only 9 runs in two over, all-rounder Venkateh Iyer also contributed well and picked up a couple of wickets despite conceding 36 runs in his 3 overs.