IND vs ENG, 1st Test: On brink of win, India snatch defeat from jaws of victory 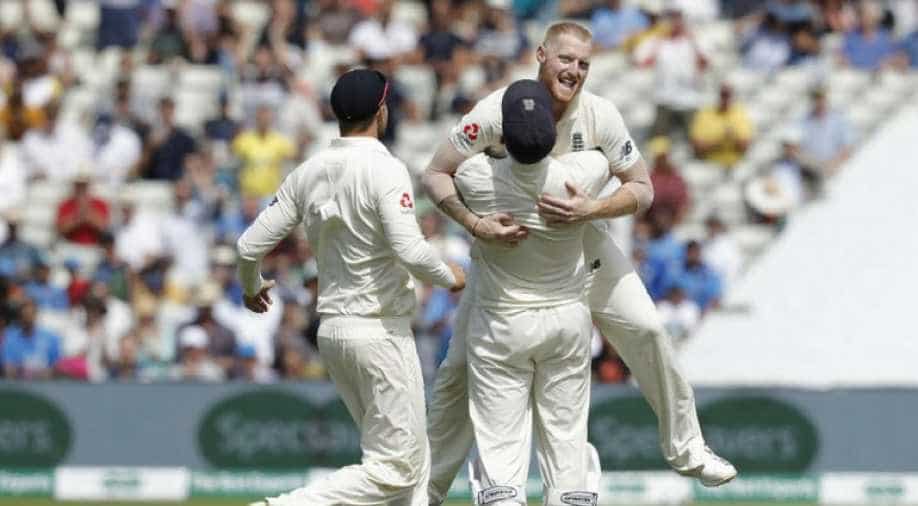 England beat India by 31 runs to win the first Test at Edgbaston on Saturday and so take a 1-0 lead in the five-match series.

England had earlier allowed India to come back into the game but eventually outplayed Virat's team, going on to win their 1,000th Test.

India, set 194 to win, resumed the game on Day 4 needing a further 84 runs but lost quick wickets in the first session of the day.

Ahead of the fourth day, England's fast bowler James Anderson said that the team will "go to bed dreaming about getting Kohli out first thing" and that's what exactly happened when Ben Stokes took the prize scalp of India captain Virat Kohli.

Kohli had made 149 -- his maiden Test century in England -- during India's first innings at Edgbaston.

England's 1,000th Test was a personal triumph for Sam Curran.

In just his second match at this level, the 20-year-old Surrey left-arm swing bowler took a Test-best four for 74 in India's first innings 274.

And he followed that up with a dashing 63, his maiden Test fifty, to give England a target worth defending after they had collapsed to 87 for seven in their second innings.

What an effort from Ben Stokes, who finishes with 4/40, including the absolutely vital wicket of Virat Kohli this morning.

However, Indian skipper reviewed the decision but three red on the screen signalled Kohli to walk back to the pavilion.

India were bowled out for 162 after resuming the fourth day on their overnight score of 110 for five.

England all-rounder Ben Stokes took two wickets in an over, besides Virat's wicket, he had Hardik Pandya (31) caught at first slip by Alastair Cook.

The series continues with the second Test at Lord's starting on Thursday.