IND vs AUS, 2nd Test: Team India end Day 1 on a high note as Australia bowled out for 195 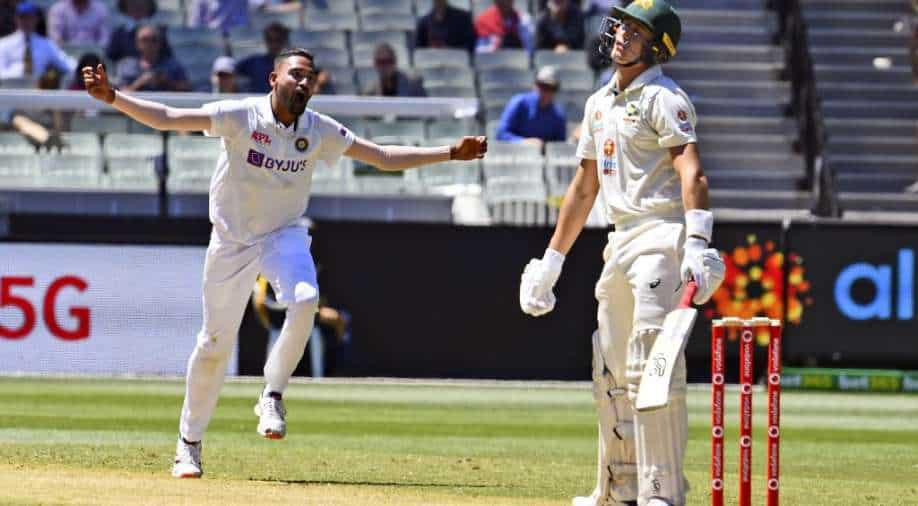 IND vs AUS, 2nd Test: Team India end Day 1 on a high note as Australia bowled out for 195 Photograph:( AFP )

Team India ended Day 1 of the second Test at the Melbourne Cricket Ground on a high as they bundled out Australia for 195 before stumps on Saturday.

Also read: 'Ashwin suffered for his forthrightness and speaking his mind at meetings': Sunil Gavaskar

Australia lost their top order quickly and failed to capitalise despite winning the toss. Labuschagne scored of the runs for Australia before being dismissed by debutant Siraj on 48. Smith and Paine failed to perform on Day 1. India's clinical bowling performance and good fielding clean swept the Australians for 195.

In reply, India lost their opener, Mayank Agarwal, for a duck, whereas Shubman Gill's confident unbeaten 28 runs helped India finish the day with 36 runs and nine wickets in hand. He currently is in a steady partnership with Cheteshwar Pujara, who is currently on the crease with 7 runs off 23 balls. After the end of Day 1, India trail by 159 runs.