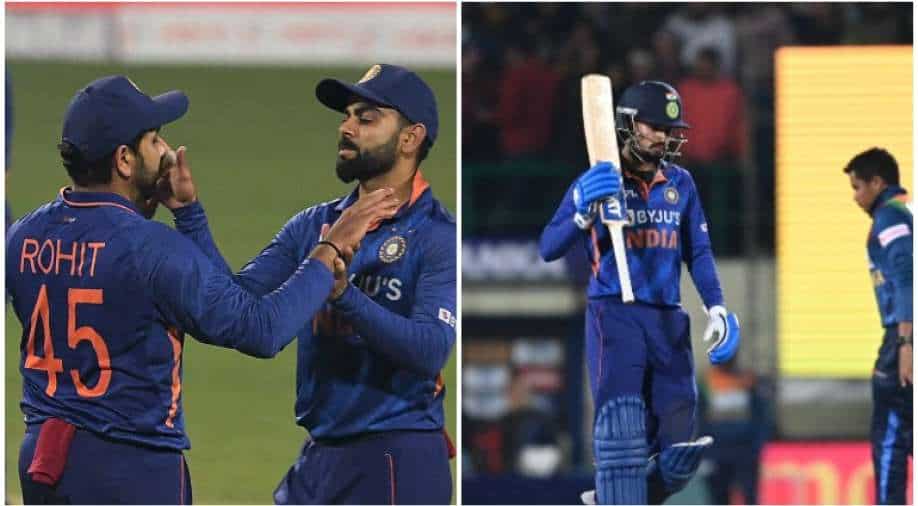 As the action now shifts to the India-Sri Lanka Tests, Shreyas Iyer has achieved a massive jump in the latest ICC T20I Rankings post the memorable run versus the Islanders. Here's the latest ICC Rankings in Tests and T20Is:

Rohit Sharma-led India thrashed Sri Lanka in the recently-concluded three T20Is at home. With this, India remain unbeaten in 12 successive games in the shortest format and are yet to concede a single match under Rohit's captaincy.

As the action now shifts to the India-Sri Lanka Tests, Shreyas Iyer has achieved a massive jump in the latest ICC T20I Rankings post the memorable run versus the Islanders. Iyer remained unbeaten throughout the course of the series and ended with scores of 57* (28), 74* (44) and 73* (45) to win the Player-of-the-Series award. With this, he has jumped 27 spots to enter the top 20. Meanwhile, former captain Virat Kohli and current skipper Rohit are out of the top ten.

Rohit had an ordinary run versus the Sri Lankans, amassing only 50 runs in 3 T20Is, whereas Kohli was rested for the SL series. KL Rahul, thus, remains the only Indian in the top ten. Babar Azam and Mohammad Rizwan continue to hold the top two spots, respectively.

Among bowlers, Bhuvneshwar Kumar jumped up by three places to occupy the 17th position. He remains the only Indian in the top 20, with Jasprit Bumrah now slipping to the 28th spot.

In then ICC Test rankings, Kagiso Rabada has moved up by three spots to hold the sixth position in the list spearheaded by Australia captain Pat Cummins. On the other hand, Marnus Labuschagne remains the top-ranked batter in the purest format ahead of Aussies' three-match Test series versus hosts Pakistan.