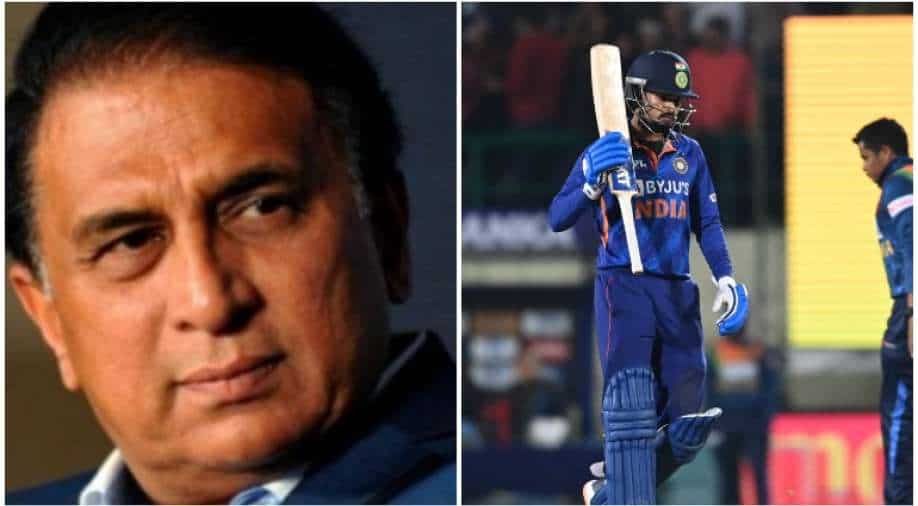 India demolished Sri Lanka in the just-concluded three T20Is at home. Rohit Sharma-led Indian team inflicted a whitewash over the hapless Dasun Shanaka-led Islanders to continue their winning streak in the format, which is now joint-most along with Afghanistan (12).

In the absence of former captain Virat Kohli, Suryakumar Yadav, white-ball vice-captain KL Rahul, Rishabh Pant, Md Shami, etc., Indian youngsters such as Ishan Kishan, Shreyas Iyer, Avesh Khan made a mark to finish off the series with a 3-0 scoreline. Iyer was the most outstanding performer for the national side, ending with scores of 57* (28), 74* (44) and 73* (45) along with remaining unbeaten throughout the course of the series.

Speaking on Star Sports, Sunil Gavaskar lauded Iyer and also opined on his batting slot when regulars such as Kohli, Rahul, SKY return. He told, “It's a great problem to have. Obviously, Virat Kohli can't be replaced. He will probably come in at No.3, there is no question about it. But then you can use somebody like a Shreyas Iyer at No.4 or 5. Suryakumar, the way he has been batting, he is got to be included. It is just the plus, plus as far as the team is concerned.

“There are so many options. And it allows you to go in with pure bowlers and not bowlers who can bat. With a top-batting line-up, you can can go in with someone like Mohammed Siraj or Avesh Khan, who is not known as a batsman. You might think in terms of all-out attack,” he further said.

At the post-match presentation, Player-of-the-Match and Player-of-the-Series Iyer told the broadcasters, "All three knocks were special, but yesterday's - coming in at a crucial moment, I'd pick that. Only require one ball to get into form as long as you're keeping your eyes on the ball and playing it on its merit. The wicket was little two paced today compared to yesterday. Was playing on the merit. Outfield is so fast, just had to hit gaps. Been a rollercoster journey after my injury. Real test of you is during rehab sessions."