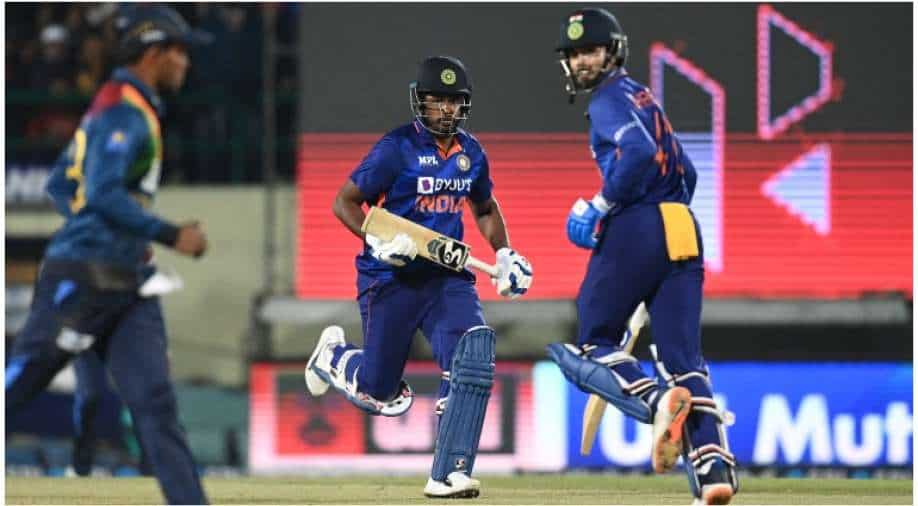 Rohit Sharma-led Team India had a dream run in the Sri Lanka T20Is. After whitewashing West Indies in the white-ball series at home, Rohit & Co. hosted the Dasun Shanaka-led Islanders in the three-match series and ended up further extending their unbeaten run in the format (12).

There were a lot of positives for Team India as they are preparing well for the 2022 T20 World Cup, to be held in Australia later this year. While Shreyas Iyer made the most of his opportunities -- in the absence of Virat Kohli, KL Rahul, Suryakumar Yadav and Rishabh Pant -- Avesh Khan, Md Siraj, Ishan Kishan, Ravi Bishnoi also did well. Sanju Samson, on the other hand, didn't deliver as per expectations. While the Rajasthan Royals (RR) skipper made a stunning 25-ball 39 in the second and penultimate encounter, he fell for a 12-ball 18 in the final T20I on Sunday.

Thus, disappointed by Samson's mediocre series versus the Islanders, former Indian opener Wasim Jaffer told ESPNCricinfo, "He obviously hasn't grabbed his opportunities. Yesterday (Saturday) and today (Sunday)'s game was a good, good opportunity for him to stake his claim as a third wicketkeeping option or as a batter."

After the T20I series win, skipper Rohit told the broadcasters, "t's a pattern of everything that comes together. We played very well. Lot of positives came out from the series. Want to understand what kind of bench strength we have. Good to give opportunities to those guys. Important to tell guys not to worry about your positions in the team. Want to fill whatever gaps we have. Keeping that in mind we want to move forward. Going to be a big challenge but always nice to have guys in form (whom to pick). Once we reach Mohali we'll start thinking about the Tests."

The focus now shifts to the two-match Test series, starting on March 04. Samson, meanwhile, will gear up for the forthcoming IPL 2022 edition's commencement, from March 26.