'I wondered how someone could...': Md Shami shares his first reaction on seeing pacer Jasprit Bumrah 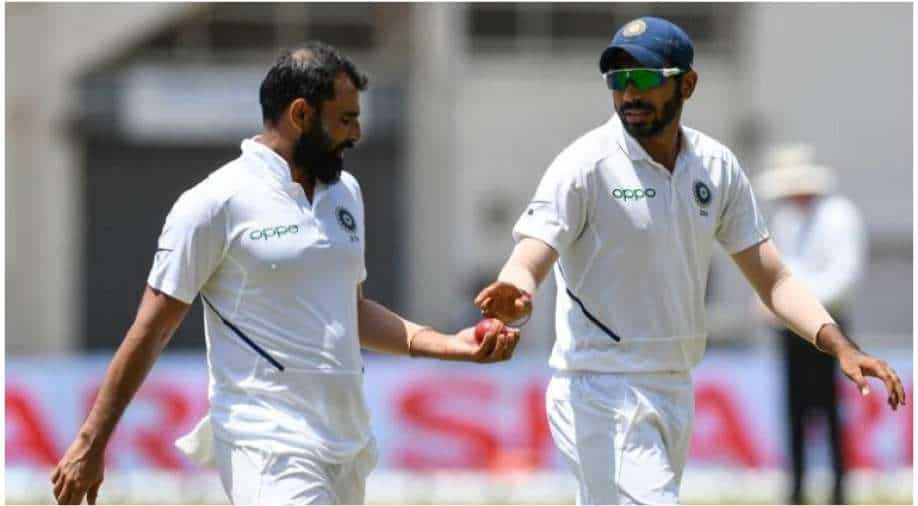 In a recent interaction, Mohammed Shami stated that he felt 'a bit strange' seeing Jasprit Bumrah because of his bowling action. Here's the whole story:

Mohammed Shami and Jasprit Bumrah have been one of the most dependable bowlers for India across formats. While Shami was missed a lot of white-ball series for Team India in recent times, being rested, he remains a regular in Tests and forms a strong bowling pair with Bumrah.

For the unversed, Bumrah made his international debut in early 2016 -- three years after Shami -- and featured in the longest format of the game in January 2018. Since then, both Bumrah and Shami have gone from strength to strength as a daunting fast-bowling pair. Talking to the Indian Express, Shami recently stated that he felt 'a bit strange' seeing Bumrah because of his bowling action.

“The first time I saw him was during the IPL. It felt a bit strange seeing him because of his bowling action. I wondered how someone could bowl so fast with that action and where he got the power from. When he got drafted in the Indian team, I knew him better. He performed and became part of the Test team. Today, you see a different Jasprit Bumrah. He has such control, he has everything,” Shami told the Indian Express.

Revealing what he will like to take from Bumrah, Shami said, "The one thing I would love to have from him is his yorker. Such a lovely ball. It’s fun to bowl together. With the kind of Test match bowling we have now, I don’t think we ever had such a period in our cricketing history. If you look at our graph for the last five years, I feel it is the highest. I enjoy bowling with Jassi, Umesh, Ishant and all of them." He added, "We know each other’s ability. The best quality of this bowling unit is that whenever someone is down, we lift each other up and give confidence. These are the things one remembers in life. We walk together through thick and thin."

ALSO READ | Not Rahul or Kishan! Ex-Australia spinner names batter who should open with Rohit for India in T20Is

Both Bumrah and Shami were among wickets in the India-South Africa Test series, held early this year in the African nation. However, they couldn't take the side to their maiden Test series win in South Africa. They are now gearing up to spearhead the pace unit in India's forthcoming home Test series versus Sri Lanka, which gets underway on March 04.