'I wasn't sure but Kohli wanted him': Sourav Ganguly on R Ashwin's surprise inclusion in T20 WC squad 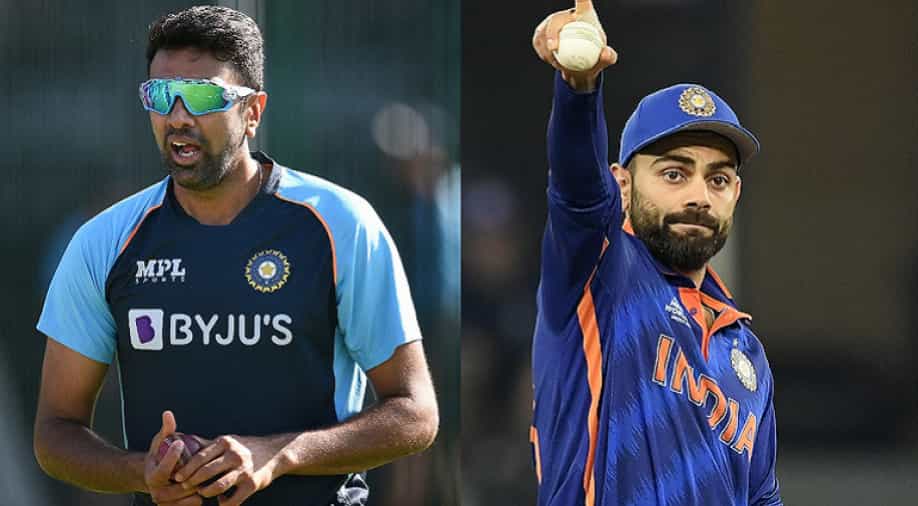 BCCI president Sourav Ganguly has opened up on India's surprising decision to include senior spinner R Ashwin in the T20 World Cup 2021 squad.

R Ashwin's inclusion in India's T20 World Cup 2021 squad had come as a surprise to many. Ashwin, who last played a limited-overs game for India in 2017, was called up to the squad for the T20 World Cup 2021 at the expense of the likes of Yuzvendra Chahal and Kuldeep Yadav, who were both snubbed from the squad.

Board of Control for Cricket in India (BCCI) president Sourav Ganguly recently opened up on Ashwin's shocking inclusion and admitted he was not sure if the off-spinner will be part of India's limited-overs sides once again. However, Ganguly revealed captain Virat Kohli was keen on having Ashwin in the team and had asked for his inclusion.

“I wasn’t sure whether he would be part of the white-ball team again. But then Virat Kohli wanted him to be part of the World Cup. And, whatever little bit of opportunity he got, I thought he was superb," Ganguly said on the chat show Backstage with Boria.

Ashwin's inclusion had raised eyebrows as it was over someone like Chahal, who had been a regular in India's T20 team in the run-up to the World Cup and did brilliantly in the second leg of the Indian Premier League (IPL) 2021. Nonetheless, Ashwin played three matches at the T20 World Cup 2021 and returned with six wickets.

Ashwin continued his fine form in the T20I series against New Zealand at home and impressed in the Test series as well. Ashwin became the third-highest wicket-taker for India in Tests during the recently-concluded New Zealand series by surpassing Harbhajan Singh.

Ashwin currently has 427 wickets to his name in 81 matches and is just eight wickets away from leaving behind Kapil Dev to become the second-highest wicket-taker for India in Test cricket. Ganguly heaped praise on the senior spinner and said he has no doubts over his talent and skills as he has already achieved a lot in international cricket.

“Everybody speaks about him. Look at Rahul Dravid’s statement after the (Kanpur) Test match - he called him an all-time great. You don’t need rocket science to judge Ashwin’s talent. My appreciation just comes from what I see. It may be Ashwin, it may be (Shreyas) Iyer, it may be Rohit (Sharma), it may be Virat (Kohli)," said Ganguly.

“I don’t see a reason why (I shouldn’t back him). Look at the number of winning teams he has been a part of. 2011 World Cup, he was part of the winning team for India. 2013, when he won the Champions Trophy, he was a leading bowler in that tournament. When CSK won IPLs, he was the main bowler for them, bowling in the powerplay and difficult situations," he added.

Women's Ashes Test: Australia reach 327 for 7 after end of play on Day 1