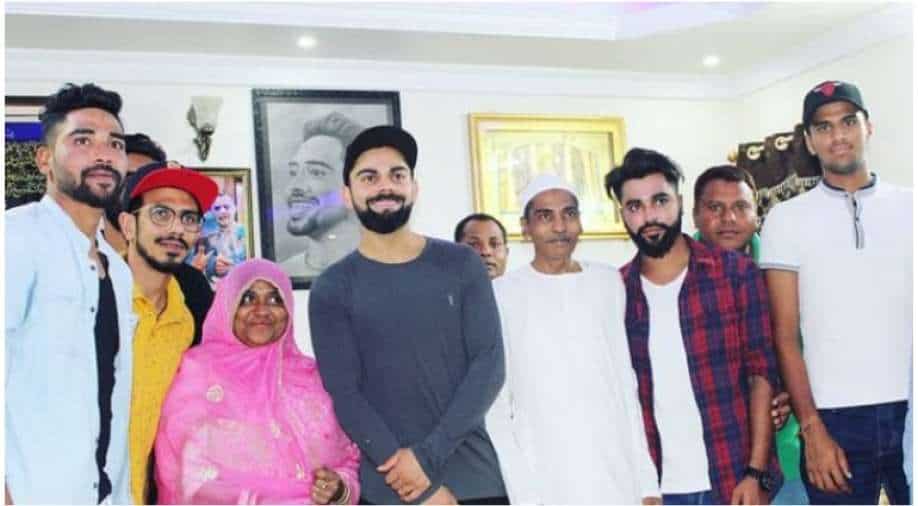 During IPL 2018, Md Siraj had invited the RCB players to his house in Hyderabad. Back then, he received the best surprise of his life. Here's the full story:

Mohammed Siraj has been one of the most improved cricketers for Team India in the recent past. His performances in the IPL 2020 edition, where he showed much control with the ball in powerplays and death overs, earned him a place in India's Test squad for the 2020/21 Border-Gavaskar Trophy in Australia.

Since then, life has changed for the 27-year-old pacer, who owes a lot of his success to former Indian and Royal Challengers Bangalore (RCB) captain Virat Kohli. During IPL 2018, Siraj had invited the RCB players to his house in Hyderabad. At first, Kohli had revealed he won't be able to make it, however, he turned up with his teammates; taking Siraj by surprise.

Recalling the whole incident, Siraj said on the RCB podcast, "I had invited everyone from RCB to my house for dinner. I went home straight from the hotel. When I called him (Virat) up, he said "I have a stiff back miyan, I can't come." I told him to rest. What more could I say."

"But, when everyone came, I saw him get off the car. Everyone was there, PP (Parthiv Patel) Bhai, Chahal Bhai. I just ran towards Bhaiya (Virat) and hugged him. It was the best surprise of my life. Because Bhaiya (Virat) had said he won't come. It became news, Virat Kohli has come to Toli Chowki," he added.

Back then, Siraj had shared an image with his RCB mates enjoying food at his home via a post on his Instagram handle. He had captioned it: "It was an honour for me and my Family to welcome you all. Thanks a lot for taking out your precious time and joining us at place for dinner. It really means a lot."

At present, Siraj is part of India's T20I series versus West Indies at home. He was among the three retentions by RCB, along with Kohli and Glenn Maxwell, for INR 80 million ahead of IPL 2022 mega auction. This year's season is expected to kickoff on late March.