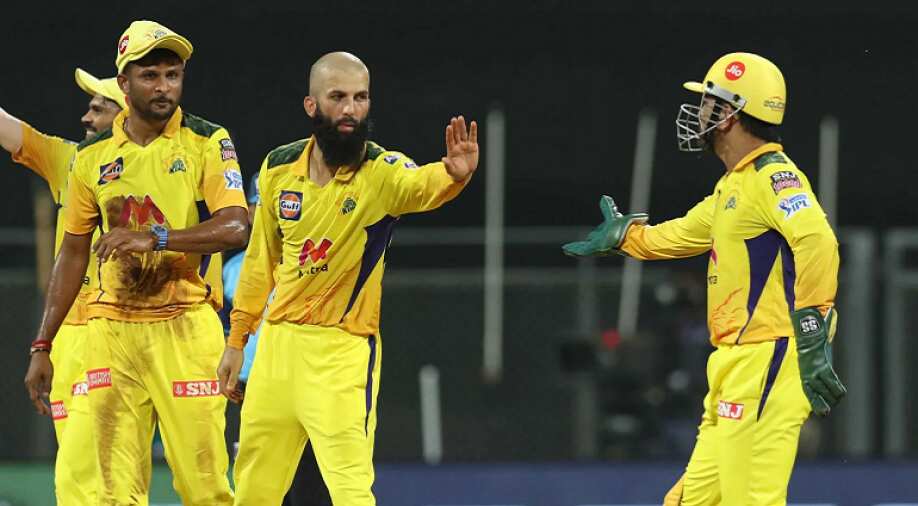 Ali, who was roped in by Chennai Super Kings in the player auction ahead of the 2021 season, scored 37 off 20 balls to help MS Dhoni & Co. set up a total of 192 runs, batting first in the all-important final. KKR got off to a brilliant start and looked well on course to victory after the opening pair of Shubman Gill (51) and Venkatesh Iyer (50) put on 91 runs for the first wicket.

However, they lost the plot after the duo's dismissal and could only manage 165/9 in 20 overs as CSK bowlers made a strong comeback in the game. Shardul Thakur was the pick of the bowlers for CSK as he finished with figures of 3/38 in his four overs.

Moeen said it was an amazing feeling for him and he never thought he would win an IPL title. “It’s amazing, and I can’t describe it really,” said the one-time World Cup-winner with England, who recently announced his retirement from Tests.

Moeen enjoyed a brilliant debut campaign for CSK in IPL 2021. He scored 357 runs and picked up six wickets in 15 matches for the Dhoni-led side and provided them with much-needed balance in their middle-order. Moeen would be hoping to get retained by CSK ahead of the mega auction.