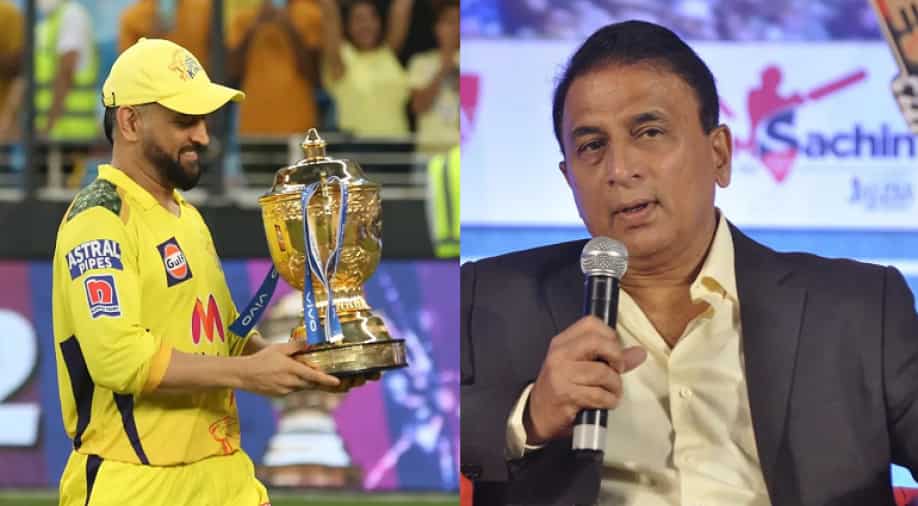 Former India captain and batting legend Sunil Gavaskar lauded MS Dhoni after he guided CSK to their 4th IPL title with a 27-run win against Kolkata Knight Riders in IPL 2021 final on Friday.

Former India captain Sunil Gavaskar lauded MS Dhoni after he guided Chennai Super Kings (CSK) to yet another IPL title on Friday. CSK defeated Kolkata Knight Riders (KKR) by 27 runs in the IPL 2021 final at the Dubai International Stadium in Dubai. Gavaskar was all praise for Dhoni - the leader and explained why he will go down as one of the greatest captains ever.

Dhoni, who did not have a great season on the personal front and struggled with the willow, was brilliant once again as a captain and marshalled his troops to perfection. From missing out on a spot in the playoffs last season to winning the title this year, Dhoni's men completed a remarkable turnaround.

Gavaskar said Dhoni's ability to back players irrespective of their failures ensures the team is never under pressure from the captain's side. The batting legend also marvelled at CSK skipper's leadership qualities and pointed out how every individual has his own game plan under Dhoni and the captain rarely interferes with those.

"It's very impressive because he has shown faith in the players. Look, you know the ability of the players and you also know that in this game of cricket, there will be days when a player doesn't do well. He might be a brilliant fielder, but might drop catches and misfield. As a batsman, you could also get out to full-tosses. And also, for the bowlers, they may bowl the occasional bad ball which gets hit for sixes. But if you know as a captain a player's capability, you allow them that bad day or a bad over and that is what Dhoni is so good as," Gavaskar said on Star Sports.

"With him what happens is that he just doesn't put any pressure on his own team. He just lets them express themselves. It is so true in MSD's case. He doesn't seem to interfere at all in anybody's game plan. Every individual has his own game plan. And once the captain is convinced that is how it is, he is not going to interfere," he added.

Dhoni is one of the most successful captains in the history of IPL with four titles to his name. He has led CSK in a total of 12 seasons so far and has inspired them to nine finals and four trophies. Dhoni's clever street-smart captaincy coupled with his ability to remain calm and composed in the most pressurising situations, makes him stand out as a leader.

Also Read: Stephen Fleming or Mahela Jayawardene - Who is the most successful coach in IPL history?

Batting legend Gavaskar, who has himself led team India in the past, said he was not fortunate enough to be in the same change room as Dhoni but can see why the tag 'Captain Cool' suits him well.

"I haven't been fortunate enough to have been in the same change room as MS Dhoni. But I just see the calmness that he brings to situations. He is not Captain Cool for nothing. There is never any panic. For the first time in that 19th over, when Thakur bowled wides, for the first time, I saw him diddle a bit because it was only delaying the inevitable," said Gavaskar.