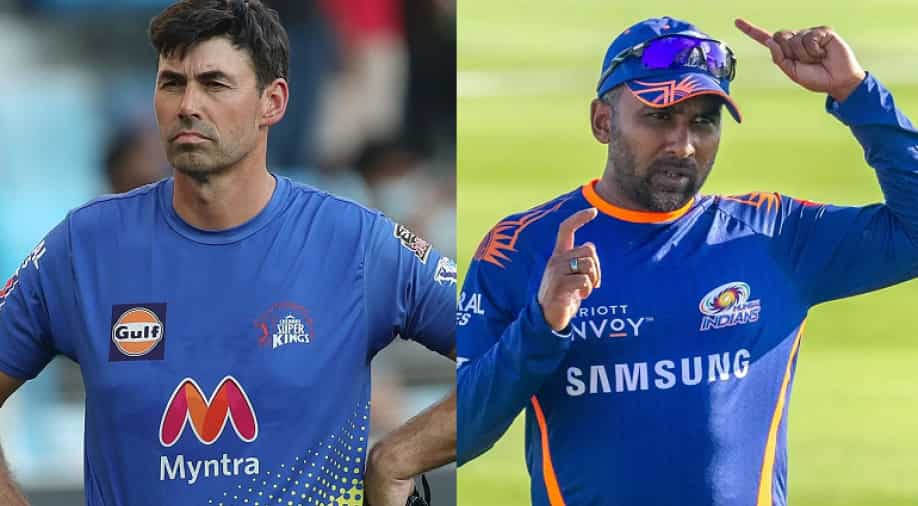 Fleming surpassed Jayawardene as the most successful coach in IPL. | Photo - IPL/MI Twitter | Photograph:( Others )

CSK head coach Stephen Fleming inspired his side to their fourth IPL trophy on Friday (October 15). CSK have won all their IPL titles under Fleming and captain MS Dhoni.

Chennai Super Kings (CSK) completed a dream comeback in the Indian Premier League (IPL) as they went on to beat Kolkata Knight Riders (KKR) by 4 wickets in the final of the Indian Premier League (IPL) 2021 on Friday to lift their fourth IPL trophy after missing out on a spot in the playoffs last season. It was an incredible turnaround from CSK, who were playing their ninth final and emerged on top.

CSK are one of the most successful franchises in the history of the Indian Premier League with four titles to their name. Captain MS Dhoni and head coach Stephen Fleming have played an instrumental role in CSK's success over the years. While Dhoni has led the franchise since 2008, Fleming has been the head coach since 2009.

Stephen Fleming vs Mahela Jayawardene - Who is the most successful head coach in IPL?

Fleming was the first to achieve the feat when CSK won the IPL title in 2010 and 2011. Jayawardene achieved the feat when Mumbai Indians won back-to-back trophies in 2019 and 2020. MI couldn't complete a hat-trick of IPL titles as CSK went on to clinch the trophy this year.