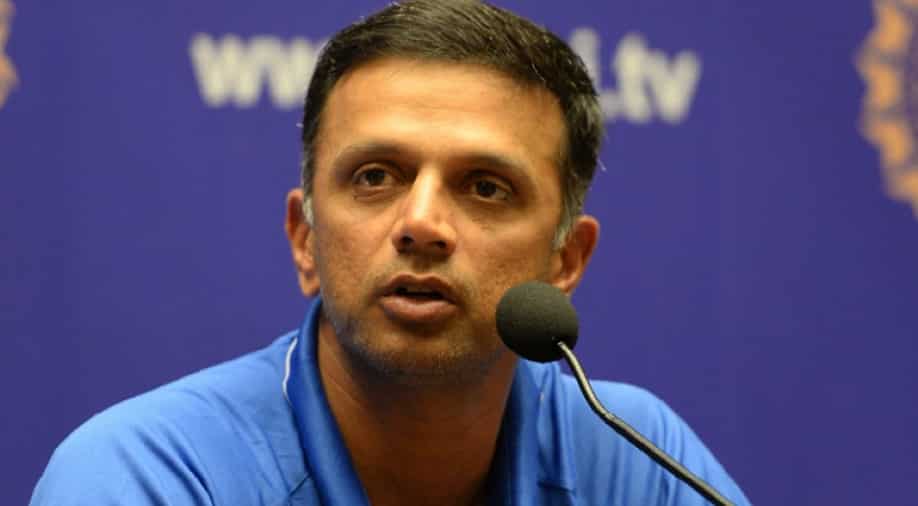 The legendary Rahul Dravid is all set to take over as the new head coach of the Indian men's cricket team after the T20 World Cup 2021.

In what comes as a significant development as far as Indian cricket is concerned, Rahul Dravid has reportedly agreed to become the new head coach of the Indian men's cricket team. Dravid is all set to replace current head coach Ravi Shastri once his tenure gets over post the conclusion of the upcoming T20 World Cup 2021.

The decision was taken by former India captain Dravid during the final of the Indian Premier League (IPL) 2021 between Chennai Super Kings and Kolkata Knight Riders in Dubai on Friday (October 15). As per a report in the Times of India, BCCI secretary Jay Shah held a meeting with Dravid and persuaded him to take over as the new head coach of team India.

There had been reported claiming that David might not be interested in coaching team India but the latest developments suggest that he is willing to take the top job and will be stepping down from his current role as the National Cricket Academy (NCA) chief soon.

“Dravid has confirmed he will be the next head coach of the Indian team. He will be stepping down as the head of the NCA soon,” a top BCCI official was quoted as saying by TOI.

Apart from Shastri, current India bowling coach Bharat Arun is also set to be replaced with Dravid's trusted lieutenant Paras Mhambrey. Mhambrey has worked with Dravid in the past. Dravid will be offered a two-year contract by the BCCI and will be drawing a salary of INR 100 million (10 crore) as the head coach of the Indian team.

Also Read: 'Maybe I am not that famous': When a newspaper got Rahul Dravid's name wrong after his century

However, batting coach Vikram Rathore is expected to continue in his role under Dravid. The new backroom staff under Dravid will take charge from the New Zealand series in November post the conclusion of the T20 World Cup 2021.

“He was re-appointed as the NCA head last month. But the BCCI needed a strong candidate to take Indian cricket forward. He has worked so hard to develop the next line of Indian cricketers. Even Mhambrey knows this next lot of players like the back of his hand. So, Ganguly and Shah thought it would be best if they could bring both of them on board. They will assume charge from the New Zealand series after the World Cup,” the source told TOI.