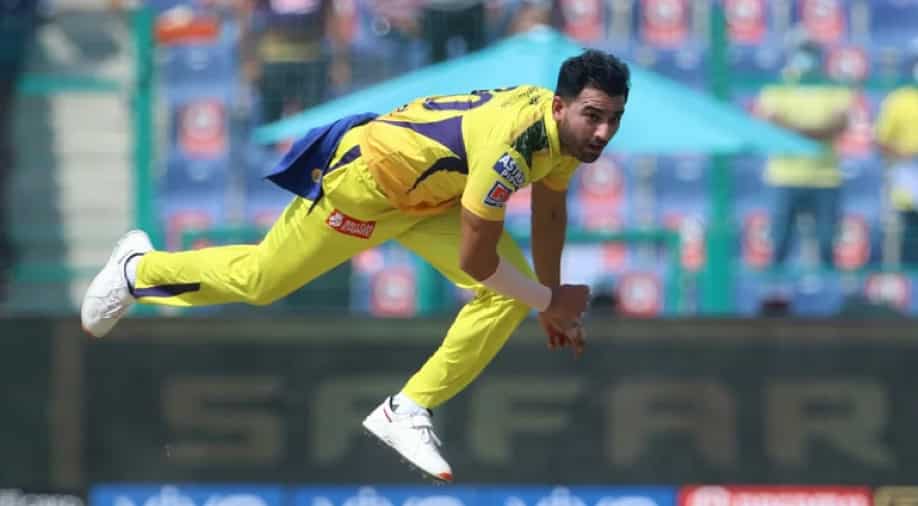 Chennai Super Kings (CSK) have been handed a huge boost in the ongoing IPL 2022 as Deepak Chahar is reportedly set to return from injury by the end of this month.

Chennai Super Kings (CSK) have been handed a major boost in the ongoing Indian Premier League (IPL) 2022 as they look to bounce back after a terrible start to the season. CSK have suffered back-to-back defeats in their first two matches of the season as an injury to their premier pacer Deepak Chahar is hurting the team's chances.

However, Chahar is likely to be fit soon and is reportedly set to make his return to IPL 2022 later this month as he continues his rehab at the National Cricket Academy (NCA) in Bengaluru. As per a report in the Times of India, Chahar could be available for selection for CSK from April 25.

Chahar had picked up an injury during the 3rd T20I against West Indies earlier this year and has already missed CSK's first two matches of IPL 2022. While there were doubts over his participation for the entire season, Chahar is likely to feature for CSK by the end of this month. His return will bolster CSK's bowling attack which struggled in their last game against Lucknow Super Giants.

Despite posting a massive total of 210 runs, CSK bowlers failed to defend the target as Lucknow Super Giants won the game by six wickets with three balls to spare. CSK had played two Indian pacers - Mukesh Chaudhary and Tushar Deshpande and both were taken to the cleaners by the LSG batters.

Chahar's absence was dearly felt as CSK also missed the services of their overseas pacers Adam Milne and Chris Jordan due to respective niggles. CSK had spent a whopping Rs 14 crore (INR 140 million) to buy back Chahar at the IPL 2022 mega auction last month but were handed a massive blow ahead of the start of the season after an injury to the pacer.

With two losses in the first two matches, CSK are currently placed seventh on the points table and will be looking to bounce back to winning ways desperately when they lock horns with Punjab Kings in their next game on Sunday (April 03).