'He hasn't been dropped': Jasprit Bumrah on Kuldeep Yadav getting replaced by Axar Patel in Test squad 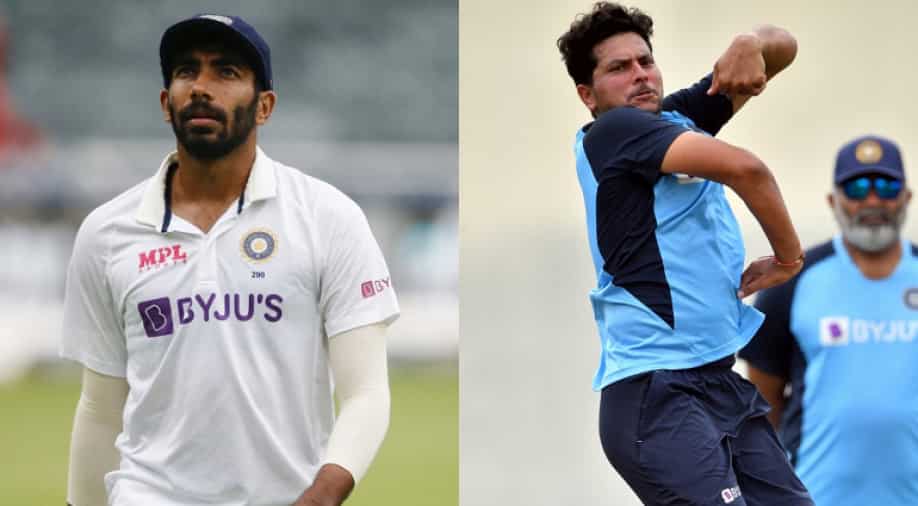 India's vice-captain Jasprit Bumrah explained why spinner Kuldeep Yadav was released from the Test squad and replaced by Axar Patel ahead of the pink-ball Test against Sri Lanka.

Indian team's vice-captain Jasprit Bumrah has backed the team management's decision to include all-rounder Axar Patel in the Test squad ahead of the second Test against Sri Lanka in Bengaluru. The second and final Test of the two-match series between the two sides will be a pink-ball game which will be played at the Chinnaswamy Stadium in Bengaluru starting from Saturday (March 12).

Axar was included in the Test squad in place of Kuldeep, who was released ahead of the second and final Test. Backing the move, Bumrah said Axar brings a 'lot of value' to the squad which makes him a certain selection whenever he is fit. While he lauded the left-arm all-rounder for his recent impressive performances, Bumrah didn't comment on his chances of featuring in the playing XI for the pink-ball Test.

"See, Axar was part of the squad in the previous series as well and he's added a lot of value whenever we've played. In India, he's contributed a lot... He offers a lot with the bat, ball, and in the field... so he's been added. He was injured so whenever he's fit he straightaway jumps back into the squad. There'll be a discussion about what role we want [for him to play] and what combination we want to go with. But obviously, he's an important player for our team and brings a lot of value," said Bumrah in the pre-match press conference on Friday.

Axar, who had missed the South Africa tour of India last year due to a shin injury, also didn't feature in the home Tests against West Indies. The all-rounder had contracted COVID-19 and was sent to the NCA for rehab. He was recently cleared by the BCCI medical team to make his comeback for the Indian team.

He has been brought in place of Kuldeep, who has been enduring a rough patch in his international career for a while now and has been struggling to get regular opportunities in both Tests and limited-overs formats. In the first Test against Sri Lanka, Jayant Yadav was preferred over Kuldeep, who was left on the bench.

Also Read: Why not Jadeja? Former India cricketer questions BCCI over not awarding A+ contract to all-rounder

While many believe Kuldeep has been dropped from the Test side, Bumrah explained the Chinaman spinner has not been dropped but rested. Bumrah said the break will Kuldeep spend some time with his family ahead of the Indian Premier League (IPL) 2022 as living in a bio-bubble can take a toll on a player's mental health.

"See, he hasn't been removed from the team per se. He's been in the bubble for a long time, hasn't been home as well. So when his chances of playing were a bit less, he'll get the chance to spend some time with his family before the IPL. He's been sent home and rested from that aspect. It's not that he's been dropped."
Bumrah said.

"Players' well-being is also very important because it's not very easy to stay in the bubble. Obviously, every player wants to play every game but the mental aspect is also important. Whenever he'll get the opportunity, he'll try and do well but in this scenario, [we wanted him] to get some time at home because then he'll once again get two months of the bubble in the IPL and won't be able to meet his family," he added.