He hasn't batted the way he can: Aakash Chopra names Indian star who disappointed him in NZ T20Is 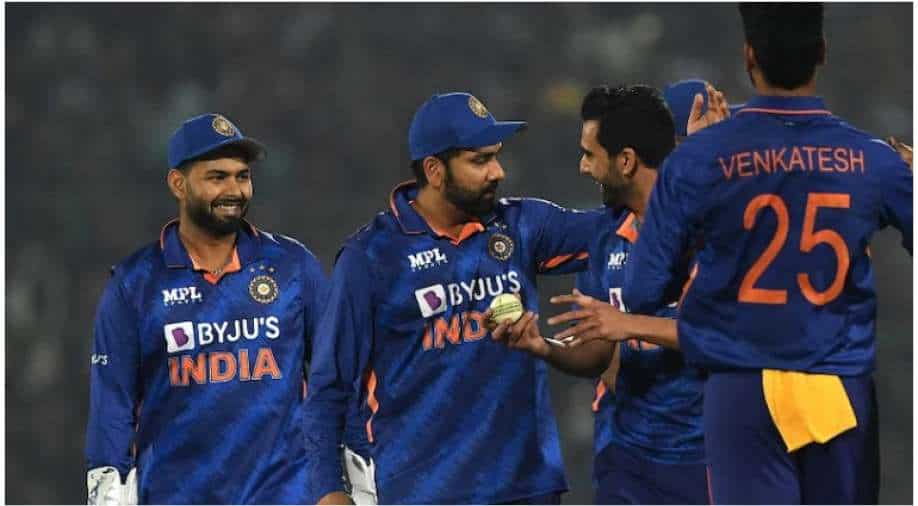 Aakash Chopra has named Team India player who disappointed him during the just-concluded New Zealand T20Is.

India and New Zealand locked horns with each other in the third and final T20I at the iconic Eden Gardens, Kolkata on Sunday evening (November 21). After taking an unassailable lead in the three T20Is, the Rohit Sharma-led Men in Blue gave opportunities to more players and tested themselves by batting first as the hosts do not have a great record when it comes to defending totals.

Batting first, Rohit's 56 and vital contributions from the likes of Ishan Kishan, Shreyas and Venkatesh Iyer, Harshal Patel and Deepak Chahar propelled India's total to 184-7 in 20 overs. In reply, the Mitchell Santner-led Black Caps folded for a paltry 111 in 17.2 overs as Harshal and Axar Patel combined to take five wickets and derail the T20 World Cup finalists' run-chase.

The Rahul Dravid-coached team, thus, ended the series on a high with sparkling performances from many, in the form of Rohit, KL Rahul, Harshal, Axar, Deepak, R Ashwin, etc. Nonetheless, the former Indian opener-turned-commentator Aakash Chopra isn't impressed with one Indian youngster post the NZ series. For the unversed, Rishabh Pant registered scores of 17*, 12*, and 4 in the three-match series against the Black Caps and, hence, Chopra pointed out that the 24-year-old didn't look at his usual best.

Chopra told speaking on his YouTube channel, "The middle-lower order is still a concern because Rishabh Pant hasn't really batted the way we wanted him to bat. He hasn't batted the way he can bat, you expect more from him. The runs come from his bat, he hits sixes as well but I feel he hasn't yet fully cracked the T20 code, which is a bit of a disappointment. He is absolutely sensational in Tests, it is the format he has cracked easily but he is still figuring out his ways in the other formats."

ALSO READ | Ajinkya Rahane is fortunate he is still in India's Test side: Gautam Gambhir ahead of New Zealand series

While Pant did finish off the proceedings for India in the opening T20Is, his strike-rate was an issue in two outings. The left-hander will not be seen in action in the series opener of the upcoming two Tests between India and New Zealand as he has been rested. He will now like to return in full swing and strengthen his place across formats.