Ajinkya Rahane is fortunate he is still in India's Test side: Gautam Gambhir ahead of New Zealand series 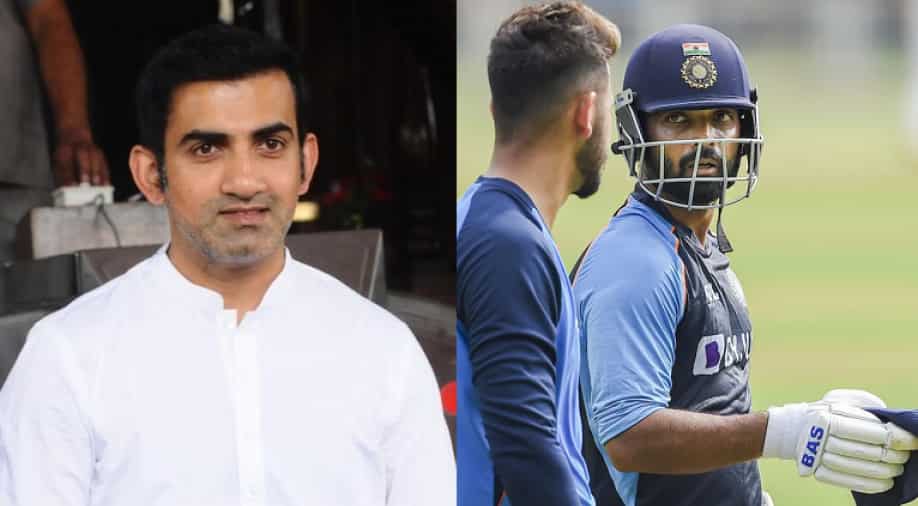 Former India opener Gautam Gambhir feels Ajinkya Rahane is fortunate that he is still part of the Indian Test side ahead of the New Zealand series at home.

Former India opener Gautam Gambhir feels Ajinkya Rahane is quite fortunate to still be part of the Indian Test team ahead of the start of the home series against New Zealand. India registered a 3-0 clean sweep against the Kiwis in the just-concluded three-match T20I series on Sunday and the focus will now shift towards Tests.

Gambhir argued that Rahane, who has not been in great form of late, has managed to retain his spot in the Test squad only because he will be leading the team in the first Test against New Zealand. With skipper Virat Kohli skipping the series-opener, vice-captain Rahane will be in charge of the team.

Senior opener Rohit Sharma, who has taken over as T20I captain of Team India and led the side to a 3-0 clean sweep against the Black Caps, will also miss the Test series and take a break. Rohit was in line to captain the team in the longest format as well in Kohli's absence but will miss the two-match series that gets underway from Thursday.

Gambhir recently picked India's batting line-up for the first Test against New Zealand and said he will open with KL Rahul and Mayank Agarwal. He picked Shubman Gill to bat at no.4 with Rahane in the middle-order. Gambhir said the New Zealand series will be a chance for Rahane to cement his spot in the side.

"I am going to open with Mayank Agarwal and KL Rahul because he opened in England and then probably Shubman Gill will bat at No. 4," Gambhir said on Star Sports.

"That's what I would want to see and plus Rahane is pretty fortunate that he's still part of this side because he's leading... But again he's got another opportunity now, hopefully, he can make that count," he added.

Rahane was India's top-scorer in the World Test Championship's inaugural edition where he amassed 1159 runs in 18 matches at an average of over 42. However, he has only 109 runs to his name in his last four Test matches and has scored at an average of only 15.57.

The first match of the Test series will get underway on Thursday in Kanpur while the second Test is scheduled to start from December 03 in Mumbai.