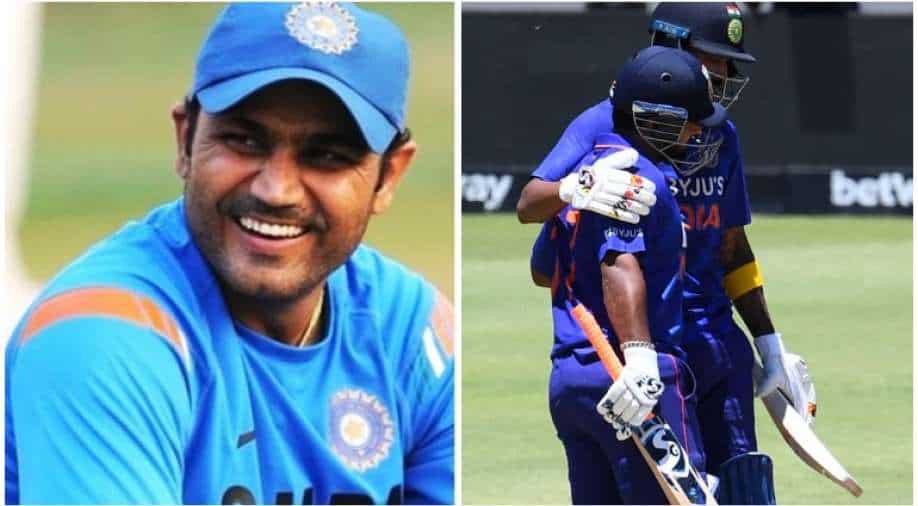 Former Indian pacer Zaheer Khan compared India's star with Virender Sehwag during the second and penultimate ODI between India and South Africa in Paarl. Here's what he said:

India and South Africa have locked horns with each other in the second and penultimate ODI at Boland Park, Paarl on Friday (January 21). After losing the series opener by 31 runs, KL Rahul-led India are in a must-win scenario to keep the series alive.

After winning the toss, Rahul & Co. opted to bat first and were reduced from 63 for no loss to 64-2. Thus, Rahul and Rishabh Pant came together and stitched a wonderful 115-run third-wicket stand before both the set batters returned after scoring a fifty each. While Rahul went back for a 79-ball 55, Pant registered his highest ODI score (85) but missed out on his maiden century in the 50-over format.

During the match proceedings, former Indian pacer Zaheer Khan lauded young Pant and compared his approach towards the game with ex-opener Virender Sehwag. "When you talk about a player who has got the X-Factor, Rishabh Pant comes to mind. He's got versatility that puts him in a different category. If one manages to do things which other players are not able to pull off, expectations tend to rise as well as pressure," Zaheer told Cricbuzz.

"But Pant is a character and he's least bothered about the commentary or outside noise. Virender Sehwag also used to be like that in our times. He used to think about his own game instead of focusing on other things... and Pant also has got a similar approach. You can't judge him on the basis of his stats due to the amount of risk that he takes. He's an impact player."

Zaheer further opined that Pant's batting position should remain flexible. "I don't think his batting position has affected his performance in limited-overs. India instead expects flexibility from him. They have a player who can come in to bat according to the situation. You can't correlate his form and batting position... these are two completely different things. Pant should be utilized as an impact player rather than alloting a fixed batting spot to him," he added.

Riding on Pant's sublime 85, Rahul's 55 and Shardul Thakur's 40 not out, India have set a competitive 288-run target for the Temba Bavuma-led Proteas in the second and penultimate ODI in Paarl.