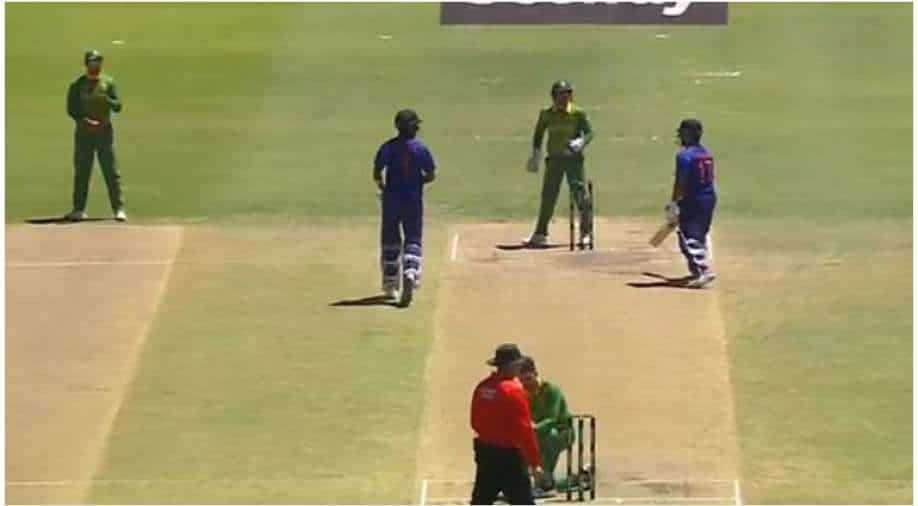 Comedy of errors! KL Rahul and Rishabh Pant's 115-run third-wicket stand could've been broken long back but South Africa missed a golden opportunity in the second ODI in Paarl. Here's the video:

India and South Africa have locked horns with each other in the second and penultimate ODI at Boland Park, Paarl on Friday (January 21). After losing the series opener by 31 runs, KL Rahul-led Team India have to win the second match to keep the series alive in the rainbow nation.

Opting to bat first, Rahul-led side started well. After a fifty-run opening stand between stand-in captain Rahul and Shikhar Dhawan, India lost the plot with back-to-back wickets as former captain Virat Kohli returned back to the pavillion without opening his account. From 63 for no loss, India were 64-2 as Rahul was joined by Rishabh Pant.

In the 15th over of the Indian innings, Pant nudged a delivery from Keshav Maharaj towards the leg-side. While the left-hander looked for a run, he was caught ball watching as he saw Rahul from the non-striker's end reach near him. Hence, both the batters were at the same end, which led to a run-out opportunity.

Amid the communication mishap, bowler Maharaj missed the throw to inflict a run-out. What followed was that there was no one backing the bowler as the mid-wicket fielder was stationed near the boundary line. Hence, by the time the ball came back to Maharaj, Rahul stormed his way back to the non-striker's end to negate any damage for Team India.

Here's how the comedy of errors ensued between Rahul and Pant:

After Pant-Rahul's 115-run third-wicket stand, India have have a tough ask to post anything near 300 in the second and penultimate ODI. While Pant missed out on a century, being out for 85, Rahul fell for a 79-ball 55 against the run of play.

India have already lost the first ODI on Wednesday. Chasing 297, the visitors were restricted for 265-8 in their full quota of overs and, hence, need to up their game to level the series.