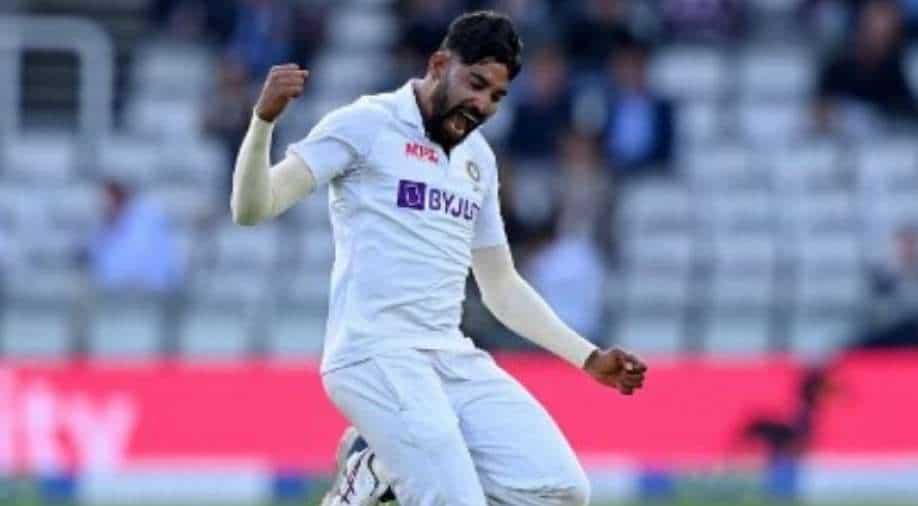 Besides the experienced bowlers, Siraj in particular impressed with his bowling and also his fierce attitude during the match.

Former Pakistan skipper Salman Butt has praised the Indian pacer Mohammed Siraj for his stunning performance in the ongoing Test series between India and England.

In the second Test of five-match series, Indian pacers including Mohammed Siraj, Jasprit Bumrah, Mohammed Shami and Ishant Sharma shared 10 wickets between them to bundle out England for 120 in the final session to go 1-0 up.

Besides the experienced bowlers, Siraj in particular impressed with his bowling and also his fierce attitude during the match. It is important to note that he has played just seven Tests so far in his career and has been receiving compliments from cricket stalwarts.

Recently, Salman Butt also praised the Indian pacer while speaking in a video uploaded on his YouTube channel. He said that Siraj has a "different attitude and a different output" and the bowler also adds a "different flavour" to this Indian attack.

"Mohammed Siraj came in and gave it his all. He has a different expression on his face. As an opposition batsman when you look at him, you have to be very good, or rather outstanding, to find it easy against him. It always seems like he will make an impact, whether it is at the start of the innings or towards the end. According to me, in Test cricket, this aggression helps a lot and works," said Butt.

He further added, "Siraj has a different attitude and a different output. He adds a different flavour to this Indian attack. No other Indian bowler has such aggression in his body language. Bumrah’s body language and attitude are more like a batsman. He is very calm and cool. Very rarely does he get aggressive."

Virat Kohli's side won the second Test match by 151 runs and during the match, Siraj's "Finger on Lips" celebration, which he did after taking the wicket, also went viral. Responding to the same, the bowler said, "This story is for the haters because they used to say a lot of things about me like he cannot do this and cannot do that. So, I will only let my ball do the talking and hence this is my new style of celebration."

Siraj was also involved in a verbal duel in the first Test match with England's James Anderson. During the third day at Trent Bridge in Nottingham, the England team was trying to get the final wicket that became a bit frustrating for them as the last-wicket stand between Jasprit Bumrah and Siraj accumulated some crucial runs.

In the 84th over, when Anderson was bowling, he said a few words to Siraj. Soon after that, Siraj said something in return and the video of that heated altercation went viral on social media.