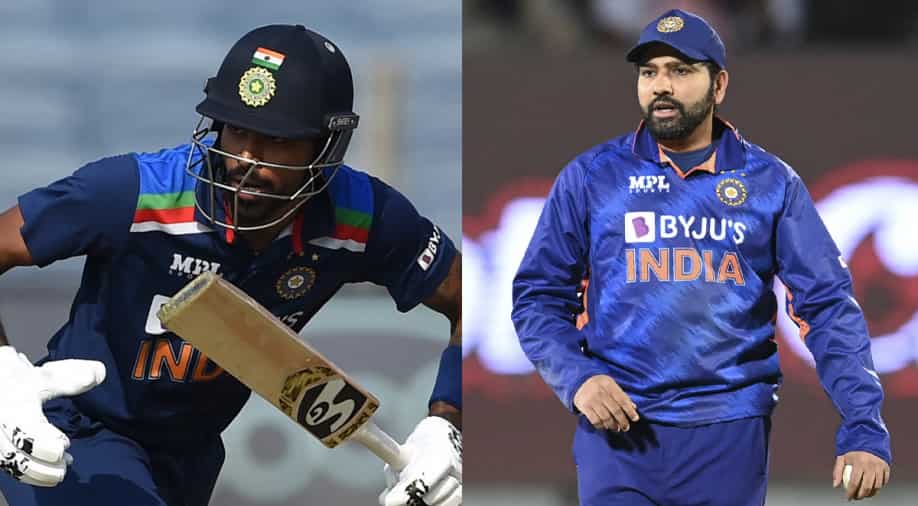 Former Pakistan pacer Shoaib Akhtar believes Gujarat Titans skipper Hardik Pandya is knocking at the door for India captaincy after leading his team to the final of IPL 2022.

Former Pakistan pacer Shoaib Akhtar has lauded Hardik Pandya for his terrific leadership in the ongoing Indian Premier League (IPL) 2022. Hardik has led his team Gujarat Titans (GT) into the final of the tournament in their debut campaign this season. The Titans made it to the summit clash after playing some brilliant cricket in the group stage and the playoffs and will be hoping to cap off a fairytale run with their maiden IPL trophy.

Hardik has been instrumental both as a leader and as an all-rounder in his franchise's dream run in IPL 2022. The star all-rounder was roped in by Gujarat Titans ahead of the ongoing season after being released by Mumbai Indians (MI). He was also appointed as the captain of the side and has been one of the stand-out leaders in this edition.

Gujarat Titans were the first team to qualify for the playoffs after reaching 18 points this season and the debutants also finished as the table toppers with a total of 20 points from the league stage. They went on to beat Rajasthan Royals in the 1st Qualifier to secure a spot in the final and will now be gunning for the trophy in the final.

Ahead of the final, Akhtar lauded Hardik and made a bold statement claiming that the star all-rounder can be an ideal replacement for Rohit Sharma as India's next captain in the future. Rohit recently took over from Virat Kohli as India's captain across all three formats.

However, the Hitman is 35 at present and his workload needs to be managed better in order to ensure he can continue playing at the highest level for longer. India will also look to groom new leaders under Rohit with the likes of KL Rahul, Rishabh Pant and Jasprit Bumrah among great contenders to be the team's captain going forward.

However, Akhtar has backed Hardik to take over as India's captain and said the GT skipper is already knocking at the door for India captaincy with his rise as a leader in IPL 2022. “It is the fact that Hardik Pandya is leaving a mark. He is knocking on the door of Indian captaincy. One is not sure how long Rohit Sharma will continue as captain,” Akhtar said on Sportskeeda.

However, Akhtar also insisted that Hardik should focus on his fitness and ensure he can contribute both with the bat and the ball for the Indian team going forward. Hardik will make his comeback for the Men in Blue in the home T20I series against South Africa next month.

“It’s never easy to captain the Indian cricket team. Hardik has proved his point (as a leader) but he still needs to focus on his fitness and bowling. When he was fit as an all-rounder, he was an automatic choice in the Indian team. As a pure batter, though, there is no vacancy in the Indian team,” Akhtar added.