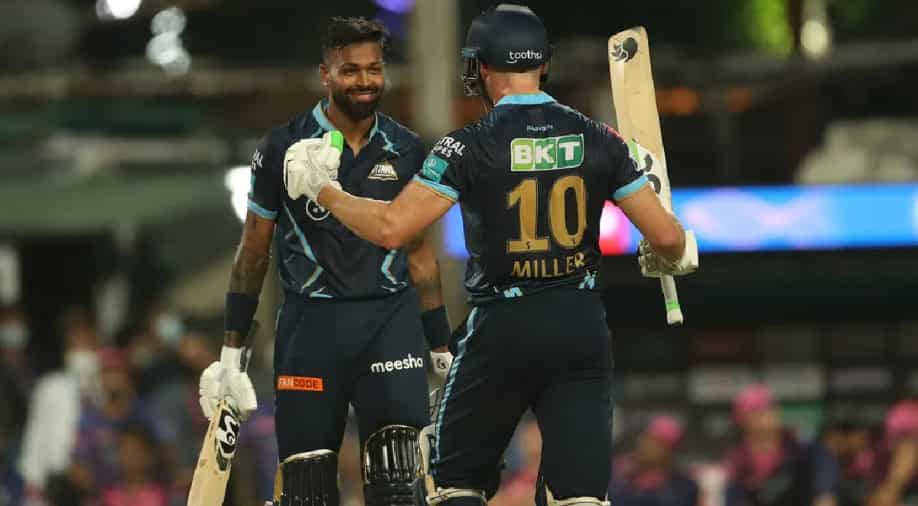 Rajasthan Royals (RR) and Gujarat Titans (GT) will lock horns with each other in the much-awaited final of IPL 2022 on Sunday (May 29). Here is a look at an interesting pattern in IPL finals which proves why Gujarat Titans might be the favourites to win the IPL 2022 title.

Rajasthan Royals (RR) and Gujarat Titans (GT) will battle it out for the one final time for the elusive IPL trophy when they lock horns with each other in the final of IPL 2022 on Sunday (May 29). The two teams have been the most consistent side so far in the tournament and have deservingly made it to the summit clash which will be played at the Narendra Modi Stadium in Ahmedabad on Sunday (May 29). While Gujarat Titans have enjoyed a fairytale run reaching the final in their debut season, Rajasthan Royals will be playing their first final since the inaugural edition of the tournament in 2008.

Gujarat Titans were the first team to qualify for the playoffs this season after reaching 18 points. The Hardik Pandya-led side was far from favourites following the conclusion of the IPL 2022 mega auction earlier this year. However, they defied the odds and saw the likes of David Miller, Rahul Tewatia and Rahid Khan also with skipper Hardik make impactful contributions to help them pull off some thrilling victories.

While Hardik has led from the front with the bat and also contributed with the ball when required, Miller, Tewatia and Rashid have been phenomenal down the order as finishers. GT's bowling attack has also been exceptional so far this season with the likes of Mohammed Shami, Alzarri Joseph, Rashid and Yash Dayal all among the wickets.

Rajasthan Royals have arguably been the second-best team after the Gujarat Titans so far this season. Sanju Samson & Co. have also relied heavily on their bowling attack consisting of the leading wicket-taker of the tournament - Yuzvendra Chahal, the dangerous Trent Boult, Prasidh Krishna and R Ashwin among others.

Jos Buttler has been their top performer with the bat and has had a season to remember with a staggering 824 runs in just 16 matches so far. While Buttler has done the majority of the scoring at the top, skipper Samson, Devdutt Padikkal and Shimron Hetmyer have also contributed with the bat.

While both teams have played some brilliant cricket so far this season, there is an interesting pattern which suggests Gujarat Titans might be favourites to win the IPL 2022 title. Since 2018, the winning team in an IPL final has remained unbeaten against their opponent throughout the season.

Can Rajasthan Royals break the jinx?

In 2018, Chennai Super Kings had defeated Sunrisers Hyderabad in a one-sided final to lift their 3rd trophy. CSK had earlier defeated SRH thrice in the league stage and the playoffs before beating them in the final to remain unbeaten against SRH throughout IPL 2018.

In 2019, Mumbai Indians defeated Chennai Super Kings in their first three meetings before defeating them in the final to clinch the trophy. In IPL 2020, it was Delhi Capitals, who lost thrice against Mumbai Indians before losing the final too against the Rohit Sharma-led side.

IPL 2021 saw a similar pattern as Chennai Super Kings and Kolkata Knight Riders reached the final. CSK had won both their meetings against KKR in the league stage and maintained a 3-0 perfect record after beating them in the final as well.