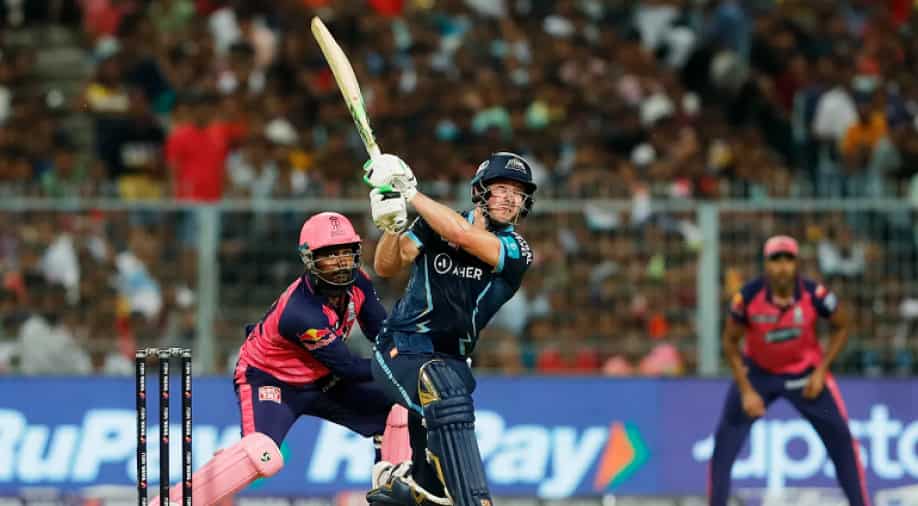 Gujarat Titans take on Rajasthan Royals in the IPL 2022 final Photograph:( Others )

GT finished the group stages at the top of the table, and they will be eyeing their maiden title while it can be the second title for RR since winning it way back in 2008.

The Indian Premier League (IPL) 2022 season has reached its finale and it is Gujarat Titans vs Rajasthan Royals for the coveted title. GT finished the group stages at the top of the table, and they will be eyeing their maiden title while it can be the second title for RR since winning it way back in 2008.

Hardik Pandya & Co will enjoy a slight advantage mentally as they have emerged victorious on both occasions when they faced Rajasthan Royals this season. Pandya and Lockie Ferguson guided GT to victory on the first occasion while David Miller was the star for them in Qualifier 1.

Jos Buttler has been the best batsman in IPL 2022 by quite some distance but the England international has not looked comfortable against Rashid Khan. Rashid has dismissed him four times in 41 balls while conceding just 25 runs. The spinner from Afghanistan has also been quite economical against RR skipper Sanju Samson but he has dismissed the right-hander just once.

However, RR can bank on West Indies batsman Shimron Hetmyer to nullify the threat of Rashid as he has scored at the strike rate of 140 against the leg-spinner in the 45 balls he has faced.

Gujarat Titans have been quite impressive in their debut season, and they have won seven encounters in the final over – the previous record being five for any IPL side. They have also slammed the highest number of fours in the tournament but when it comes to sixes, they are at the bottom of the list with RR dominating the show. Pandya & Co also have the chance to become only the second team after Mumbai Indians to win the IPL title after topping the group stages.