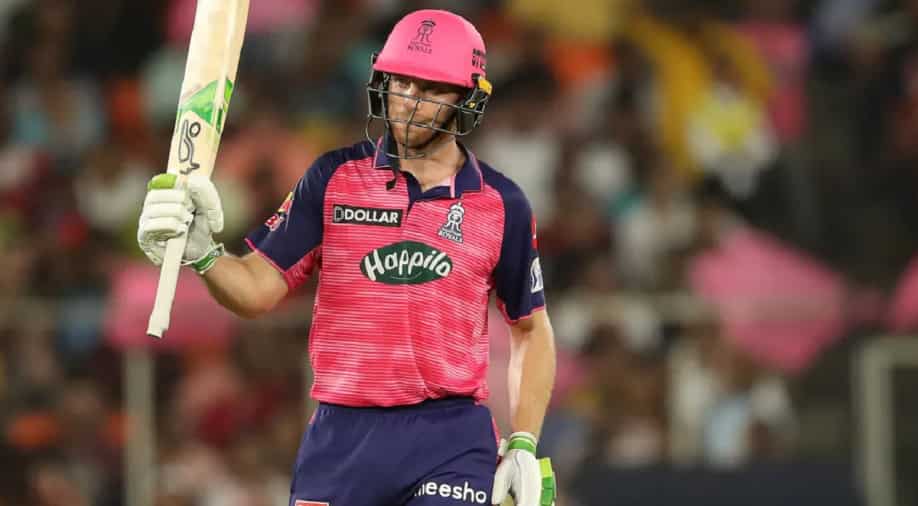 Rajasthan Royals (RR) opener Jos Buttler is on the verge of breaking David Warner's record in the upcoming IPL 2022 final against Gujarat Titans (GT) at the Narendra Modi Stadium in Ahmedabad on Sunday.

Rajasthan Royals (RR) will be aiming to lift their second Indian Premier League (IPL) title when they take on Gujarat Titans (GT) in the final of the ongoing 15th edition of the tournament at the Narendra Modi Stadium in Ahmedabad on Sunday (May 29). Rajasthan Royals won the inaugural edition of the tournament in 2008 and have since not managed to lift the elusive trophy. This will be RR's first final since 2008 as they look to pay a perfect tribute to their former captain Shane Warne by winning the trophy for him.

Opening batter Jos Buttler has been instrumental so far in RR's consistent run this season as he has been churning out runs one game after another. Buttler slammed a magnificent unbeaten century as he powered the Royals to a seven-wicket win over Royal Challengers Bangalore in the second qualifier to help them book a spot in the final against Gujarat Titans.

Buttler has had a phenomenal season with the willow so far and stands on the verge of breaking David Warner's elite IPL record. Buttler needs just 25 runs to overtake Warner on the list of batters with most runs in a single season. He currently has 824 runs in 16 matches this season at an impressive average of 58.86 and a strike rate of over 151.

If Buttler goes past Warner (848 runs) in the final on Sunday, he will break the record for most runs by an overseas batter in a single season of IPL. Overall, Virat Kohli tops the charts with a staggering 973 runs in IPL 2016. Buttler needs 150 runs in the final to go past Kohli's tally of 973 runs and set an all-time record in the IPL.

The English opener has been magnificent for the Royals right from the start of the season and has already smashed four centuries in the tournament so far. He will be looking to fire once again when Rajasthan Royals take on Gujarat Titans for one last dance at the Narendra Modi Stadium on Sunday.

Rajasthan Royals have so far lost in all three meetings against Gujarat Titans this season and will be hoping to bring an end to the losing streak on Sunday to lift their second IPL trophy. A lot will ride on Buttler's shoulders if RR are to topple Hardik Pandya & Co. in the summit clash.