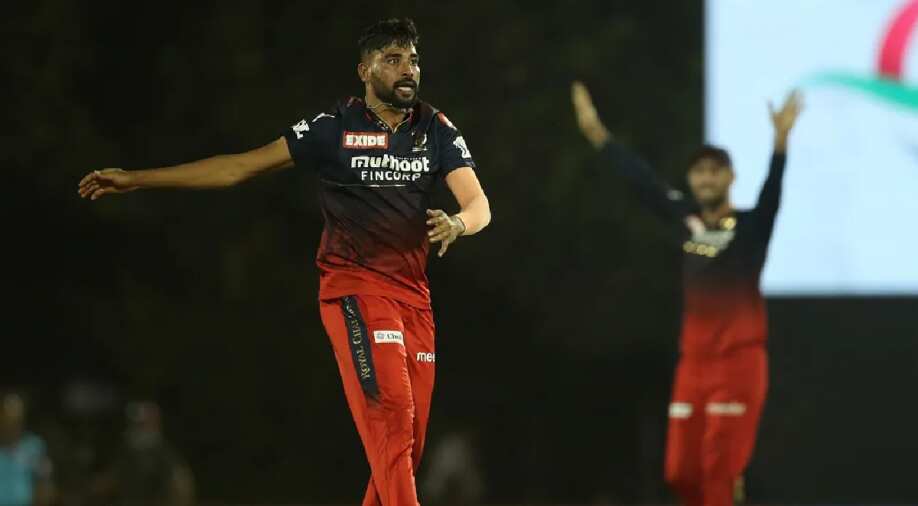 Royal Challengers Bangalore (RCB) suffered a comprehensive seven-wicket defeat at the hands of Rajasthan Royals (RR) in the second qualifier of the ongoing Indian Premier League (IPL) 2022 to bowl out of the tournament on Friday (May 27). RCB failed to defend a total of 157 runs after an average performance from their bowlers as Jos Buttler slammed a destructive century to take RR into the final of the tournament.

RCB bowlers were taken to the cleaners by Buttler, who slammed an unbeaten 106 off just 60 balls laced with 10 fours and 6 sixes in the game. The RR opener looked unstoppable right from the start of the run-chase and continued his stellar run in the tournament as he notched up his fourth hundred this season.

With the seven-wicket defeat, RCB's campaign in the tournament came to an end. While several RCB players, including the like of Glenn Maxwell and Virat Kohli were trolled by a section of fans on social media, fast bowler Mohammed Siraj was also targeted for his poor show against Rajasthan Royals.

Siraj had an off day with the ball as he gave away 31 runs off his 2 overs and was not allowed to complete his quota of 4 overs. Siraj also created the unwanted record of conceding the most sixes in a single IPL season after being hit for 31 sixes this season. He was brutally trolled by fans, with some also targeting him over his religion.

However, the pacer has now found support from others on social media who have called out the trollers and expressed their solidarity with the RCB star. Check out some of the tweets -

A guy under Mohammad siraj's post just said, it's good that your father died??? man, get a life. If you wanna criticise, criticise him constructively. STOP BRINGING HIS FATHER AND RELIGION WHILE BLAMING HIM, cause it shows how you were raised.

Retaining Siraj was right.
Releasing him next year would be wrong.
These things happen, he had a season to forget.

Siraj's Instagram handle is a sorry sight to see. Fans have even made fun of his father's death, his religion and poverty. Trolled Daniel Christian last year mercilessly and now Siraj. PATHETIC...

Also Read: 'He should just pack his bat into his bag': Michael Vaughan has an interesting advice for Virat Kohli

RCB qualified for the playoffs for the third time in a row this season, however, their wait for the elsuive IPL trophy was extended after a defeat against Royals. They have now failed to reach the final in their last three seasons despite having made it to the playoffs. Rajasthan Royals will now take on Gujarat Titans in the final of the season on Sunday (May 29).