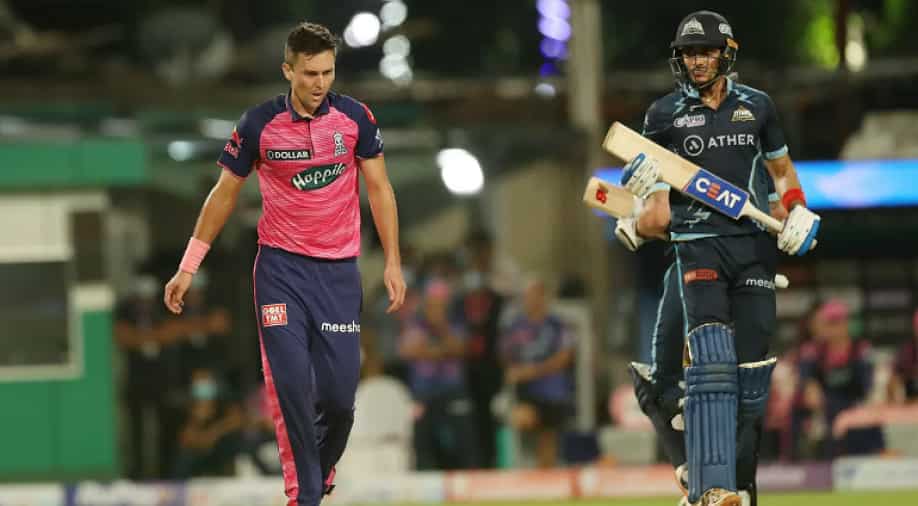 Former Pakistan cricket team fast bowler Shoaib Akhtar picked Gujarat Titans to win the Indian Premier League (IPL) 2022 final against Rajasthan Royals but added that Sanju Samson & Co will be motivated to claim the title in honour of Royals legend Shane Warne. GT topped the table at the end of the group stage while RR were second with two points less than their opponents. But Pandya has led him to victory on both the occasions when they have faced RR including in the Qualifier 1. In a conversation with Sportskeeda, Akhtar said that he wants the debutants to clinch the IPL title.

“One team (Rajasthan) has made the final after 14 years. In memory of Shane Warne, I hope Rajasthan go out there and smash Gujarat. Heart says, ‘RR win it for Shane Warne’. They have faced a lot of difficulties to reach the final after 14 years. But, as I had said earlier, I also always wanted one of the new teams to win because they have played so well. I will go with Gujarat,” said Shoaib.

“Both Rajasthan and Gujarat will be nervous. RR will have a point to prove as they have made the final for the first time since 2008. They will be excited, and their aggression will be over the moon. On the other hand, Gujarat will also want to leave their mark in their first season” he added.

Former Australia opener Matthew Hayden praised Gujarat Titans but also pointed out an ominous sign for them during a show on Star Sports. “Their 4,5,6 have just been out of this world. But with this bouncy wicket which is very similar to Australian wicket so that could be really ominous sign for Gujarat Titans," the former Chennai Super Kings (CSK) opener explained.