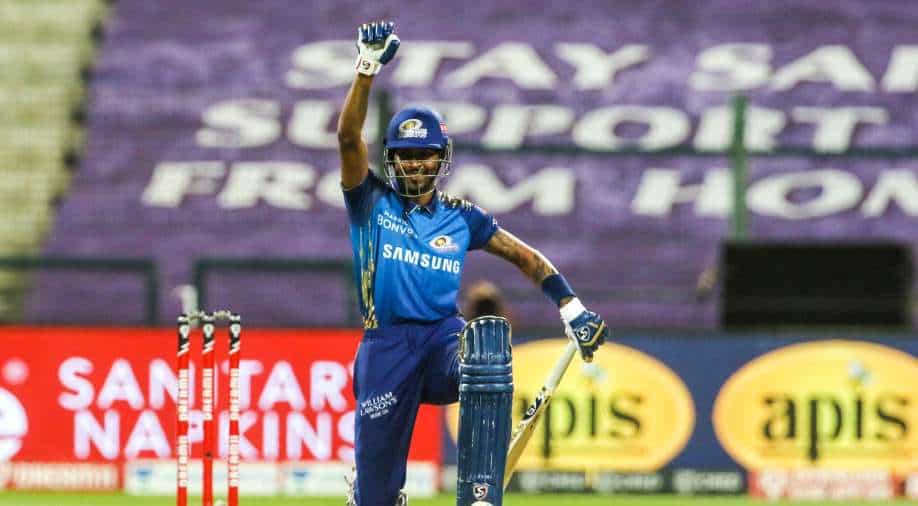 Pandya took to Twitter with a caption #BlackLivesMatter and a picture of him kneeling.

The Indian player made the gesture after scoring a quick-fire half-century against Rajasthan Royals. He scored an unbeaten 60 runs off 21 balls to power Mumbai to 195 runs by the end of innings. Pandya struck a six to reach his fifty and then he sat down on one knee and raised his right arm. Hardik then pointed towards MI dugout where their interim skipper Kieron Pollard responded with a raised right fist.

Pandya took to Twitter with a caption #BlackLivesMatter and a picture of him kneeling.

Hardik's knock went in vain as Rajasthan managed to chase the mammoth total with two overs to spare after Ben Stokes' century.

"I thought they batted well. Hardik brought us straight back in the game with that knock at the halfway stage. We could have got a couple of wickets more, but the wicket ended up becoming a little better. Their spinners got some help from the pitch, but our spinners couldn’t do that. At the end of the day, someone wins, someone loses," Pollard said after the match.

"We just have to come out and play good cricket. Our bowlers tried, but well played to the opposition. He (Hardik) went out and scored 60* off 21, an innings like that and we end up on the losing side, that’s just tough luck," he added.