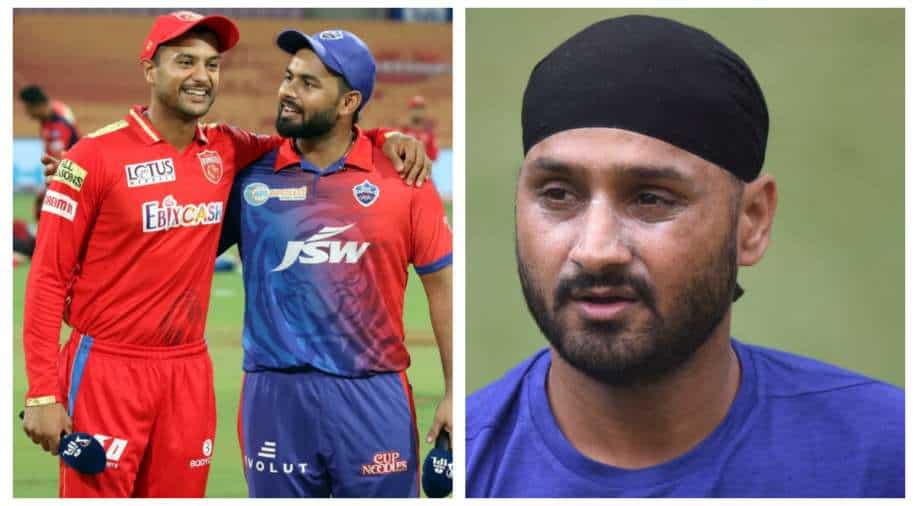 Harbhajan Singh mentions his 'most shocking moment' of IPL 2022 (Photo - IPL) Photograph:( Others )

IPL 2022 edition came to a fitting end on May 29 (Sunday) with the Hardik Pandya-led Gujarat Titans (GT) winning their maiden title in their first-ever season. Following the end of the 15th season, former Indian off-spinner Harbhajan Singh revealed his 'most shocking moment' of the recently-concluded season.

While the IPL 15 season saw many uncapped players and some debutants make a mark whereas some veteran cricketers also had a good season. On the other hand, some big guns such as Virat Kohli, Rohit Sharma, Kieron Pollard, Ravindra Jadeja, Glenn Maxwell, etc. didn't have a memorable season. Among the other shocking moments, the defending champions Chennai Super Kings (CSK) fell flat whereas the five-time winners Mumbai Indians (MI) ended at the bottom.

Thus, Bhajji picked his 'most shocking moment', citing the struggles of Indian opener and Punjab Kings' (PBKS) skipper Mayank Agarwal. For the unversed, Mayank didn't even lead Punjab to the playoffs whereas he had a below-par season with the bat, amassing only 196 runs with a sole half-century at a strike rate of 122.50. His indifferent run and 'suffocated' appearance on the field was most shocking for Bhajji.

"Mayank… I think if we talk about Agarwal, I thought to myself 'What has happened to him? He is such a good player. After getting captaincy, I think it put pressure on him. From opening, he went down to No. 4. He kept soaking everything. He looked suffocated. He should have been given freedom. He was under the radar and surely could have been a little better," Harbhajan told SportsKeeda when asked to pick the 'most shocking moment' of IPL 2022.

Harbhajan later also picked his 'surprise package of the tournament'. "Wanindu Hasaranga became a match-winner after coming here. He was always a good bowler, we knew he was going to do well. But for me, he was the surprise package because the way he foxed the batters, he showed that he has the skills to succeed. It was fun to see him operate," pointed out the veteran cricketer.

Wanindu ended with 26 wickets, one less than the Purple Cap winner Yuzvendra Chahal, for the Royal Challengers Bangalore (RCB).