Had Virat Kohli been soft like MS Dhoni, he wouldn't have scored these many runs: Harbhajan Singh 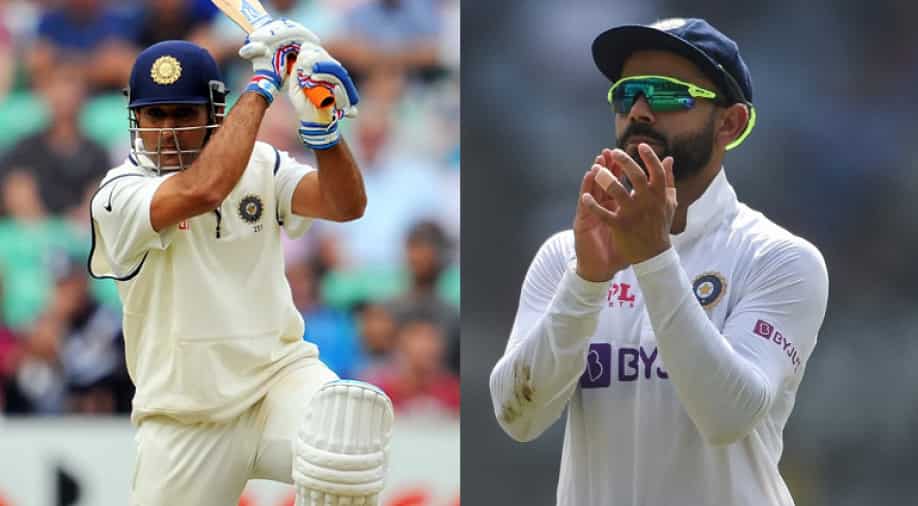 Former India spinner Harbhajan Singh has heaped praise on aggressive Virat Kohli and said he wouldn't have been able to score as many runs had he been 'soft' like MS Dhoni.

Former India spinner Harbhajan Singh has hailed Virat Kohli for his never give up attitude and aggressive approach as a captain. Kohli is a livewire on the field and is known for wearing his heart on his sleeves. The Indian Test skipper never shies away from going after the opposition on the field and is not someone to back away from a fight when instigated.

Harbhajan believes it's Kohli's aggressive approach that makes him stand out as a player and has played a massive role in making him as successful as he is today. The former India spinner pointed out how the team has transformed under Kohli's leadership in Tests and it's not more about saving Test matches in countries like Australia but it is about going there and winning those games.

"It suits perfectly actually and we need players like him in the team to can take the team forward. When the team used to go to Australia, they used to think about how to save the Test match. In Virat's captaincy, team goes to Australia thinking how they can win the Test series," Harbhajan told India Today.

Harbhajan cited the example of Kohli's century in the Adelaide Test between India and Australia in 2014 where the Indian skipper wanted the team to go for the win or lose the game despite a draw being an ideal result. Kohli had told Harbhajan that he wanted his team to win overseas and a drawn game was of no importance to him.

"I remember in one of those series, where he had scored a lot of runs, although India had lost the Test series. India had to chase some 400 runs in that match and Kohli had scored a big century. So when he returned to the pavilion I told him that match could have ended in a draw, but he replied that 'there is no importance of a drawn Test, either you win or you lose and the day we learn to fight, we will learn to win and someday we will'," Harbhajan recalled.

Harbhajan also drew a comparison between former India captain MS Dhoni and Kohli, stating that the current Indian Test skipper would not have scored as many runs in his career had he been 'soft' like Dhoni. One of the greatest captains of all time, and the only Indian to win all three major ICC trophies as captain, Dhoni was known for his calm and collected approach on the field.

While Dhoni led India to three major ICC trophies and numerous other memorable series wins, Kohli has never won an ICC trophy as captain. However, Harbhajan suggested Kohli would not have scored as many runs if he was calm and composed like Dhoni.

"And that is the change you have noticed in this Indian side. They went to Australia and beat them twice, they played well in England and I hope they beat South Africa in this series. So Kohli has perfectly played his role as a leader. And the aggressive approach, that has made Virat Kohli the player he is today. Had he been soft like MS Dhoni, I don't think he would have scored these many runs," Harbhajan said.