Griezmann warned he will 'never go down in history' at Barcelona 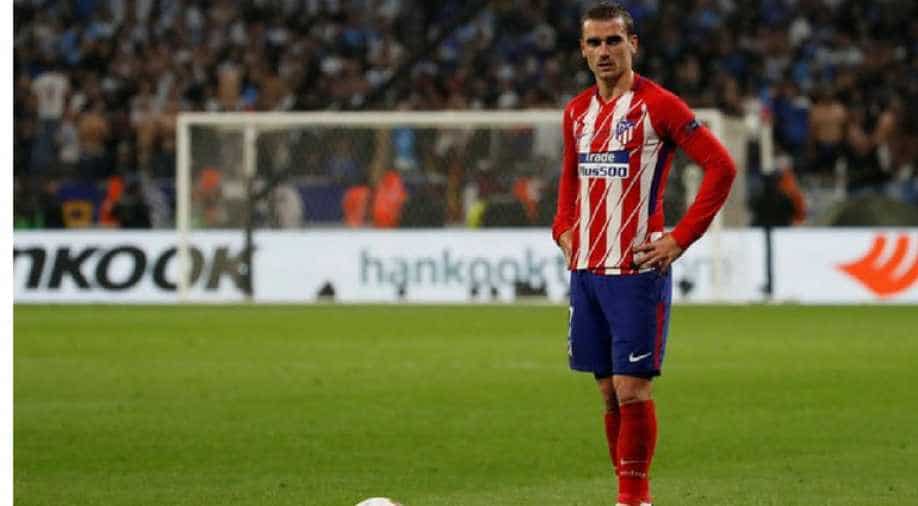 Antoine Griezmann, a talismanic figure at Atletico Madrid, will not enjoy the same status at Barcelona if he joins the Liga champions in the close-season, Atletico chief executive Miguel Angel Gil Marin has said.

Griezmann stole the headlines by scoring twice as Atletico beat Olympique de Marseille 3-0 in the Europa League final on Wednesday, although his decisive display could be one of his last acts for the club.

Barca can capture the France international for 100 million euros ($118 million) when his buy-out clause is cut in half on July 1.

Gil Marin, however, told him to consider the fact that he would be seen as just another player in Ernesto Valverde's side, where he would line up alongside fellow attackers Lionel Messi and Luis Suarez.

"He needs to decide if he wants to make history at Atletico where everything is built around him or go to a club where he will never go down in history," Gil Marin told reporters.

"A few days ago I spoke to his sister and agent to make them an offer and they will have to give us an answer in a few days. I don't know what will happen, it's not something he can decide in the heat of the moment after winning the final."

Griezmann's starring role in the final was hailed by Madrid newspaper AS, who headlined their edition on Thursday "Super Griezmann, Super Atletico".

The Frenchman was also lauded by Barcelona-based dailies Mundo Deportivo and Sport, who described him as "colossal" and "magical", rubbing their hands at the prospect of him moving to Barca.

The striker said he would not discuss his future after the final, but added that he had grown ever more fond of Atletico and his teammates in the four years since he joined from Real Sociedad for 25 million euros.

Griezmann was substituted in stoppage time to allow Atletico's long-serving, departing forward Fernando Torres to come on for the final minutes and win his first major trophy for the club.

Spanish media reported Griezmann had volunteered to go off in order to give Torres the chance to play.

Atletico defender Juanfran said the departing veteran striker had warned Griezmann to give careful consideration to his next move.

"In the dressing room Torres said to Griezmann that first of all, he should enjoy the night," Juanfran said. "And then in a couple of days, he should think long and hard about what he does next."

Jasprit Bumrah has gone to NCA, we are waiting for official confirmation on his fitness: Rahul Dravid