'Got 2 missed calls from Pat': Steve Smith reveals how he learnt about return to captaincy in 2nd Ashes Test 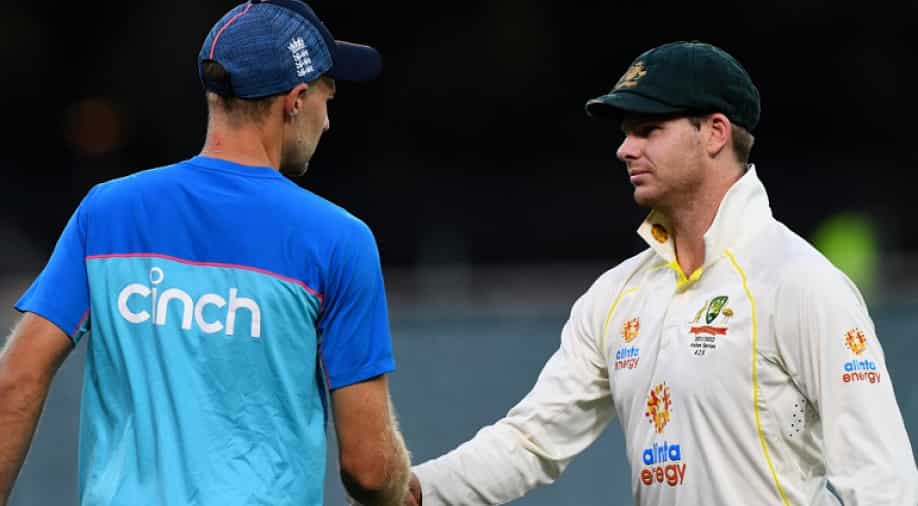 Steve Smith revealed he got two missed calls from Pat Cummins and a message from head coach Justin Langer before taking over as Australia's stand-in captain for the second Ashes Test against England.

Steve Smith captained Australia in the second Test against England after regular skipper Pat Cummins had to miss the game. Cummins was ruled on the morning of the first day of the pink-ball Test at the Adelaide Oval in Adelaide after coming in close contact with a COVID-19 positive person during his visit to a restaurant in the city.

Cummins was thus asked to isolate and Australia had to name Smith the stand-in captain for the second Test. Smith, who was recently appointed as the vice-captain of the side for the first time since the 2018 Sandpaper scandal, revealed he got to know about the change in captaincy only hours before the start of the game at the Adelaide Oval.

Smith recalled how he had two missed calls from Pat Cummins and a missed message from head coach Justin Langer before he found out about leading the team in the game. Smith-led Australia to a comprehensive 275-run win in the second Test as the hosts bagged back-to-back wins to make it 2-0 in the five-match series.

"On day one, there was not a lot of nerves. I only found out about 10 or 11 a.m. I had two missed calls from Pat and a missed message from (head coach) Justin Langer..." Smith said after Australia's victory.

"I found out the news that Pat was out for the game and I was going to be captain. It's been an enjoyable week, hopefully, we can keep this momentum going," he added.

It was yet another dominant performance from the Aussies, who set up a huge target of 468 runs for England in their second innings after bundling them out for just 236 runs in their first innings. Barring Jos Buttler, who scored 26 runs off 207 balls and Chris Woakes, who scored 44 off 97 deliveries, none of the England batters managed to show some fight against the Australian bowlers.

Also Read: India's Test and ODI series against South Africa to be played behind closed doors due to COVID-19

Fast bowler Jhye Richardson claimed a five-wicket haul to help Australia bundle out England for just 192 runs in the second innings and record another big win by 275 runs. Australia had won the first Test of the series by nine wickets and are now just one win away from winning Ashes 2021-22 and retaining the prestigious urn.