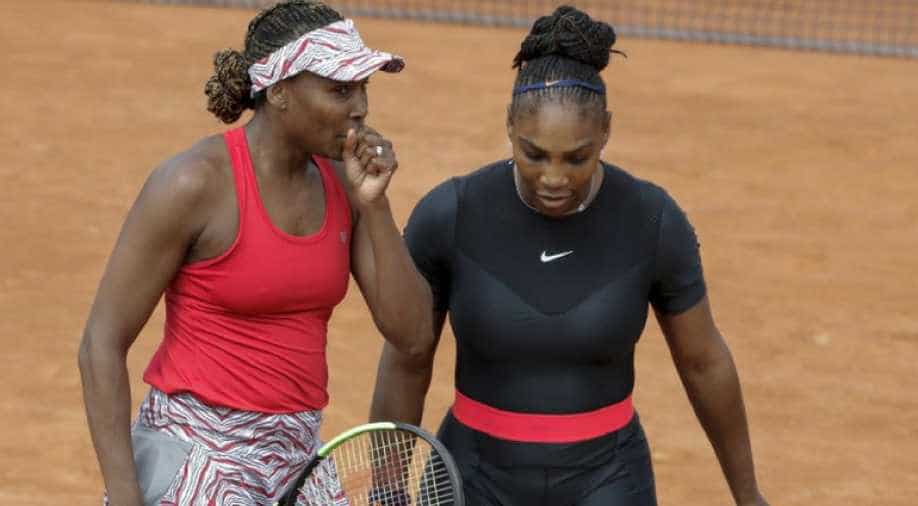 Venus Williams (L) and Serena Williams of the US during women's doubles first round match. Photograph:( AFP )

American tennis ace players Serena and Venus Williams staged a stunning comeback to win their first Grand Slam doubles match after almost two years and advancing to the second round of the French Open here on Wednesday.

The Williams' sisters, who together own 14 Grand Slam doubles' titles, defeated 14th-seeded Japanese pairing of Shuko Aoyama and Miyu Kato, 4-6, 6-4, 6-1.

They last won a major tournament match at Wimbledon in 2016.

Although the duo lost the first set of the match, they came back strongly to win the next two sets, in a gruelling match that lasted for nearly two hours.

Both Serena and Venus used their decade-long experience to thwart any chances of the Japanese seeded players getting away with the match.

Earlier on Wednesday, Serena, who was denied seeding at the Roland Garros, made a successful return to her first Grand Slam tournament since giving birth to her daughter Alexis Olympia Ohanian Jr earlier in March this year by clinching a comfortable 7-6 (4), 6-4 win over 70th-ranked Kristyna Pliskova of the Czech Republic in the French Open.

Serena will now lock horns with 17th seed Ashleigh Barty of Australia in the second round of the women`s singles event on Thursday.

On the other hand, Venus lost to China`s Wang Qiang, 6-4, 7-5 in the first round of singles of French Open on Sunday.