Football- 'You need to respect your coach': Ronald Koeman hits out at Barcelona president Joan Laporta 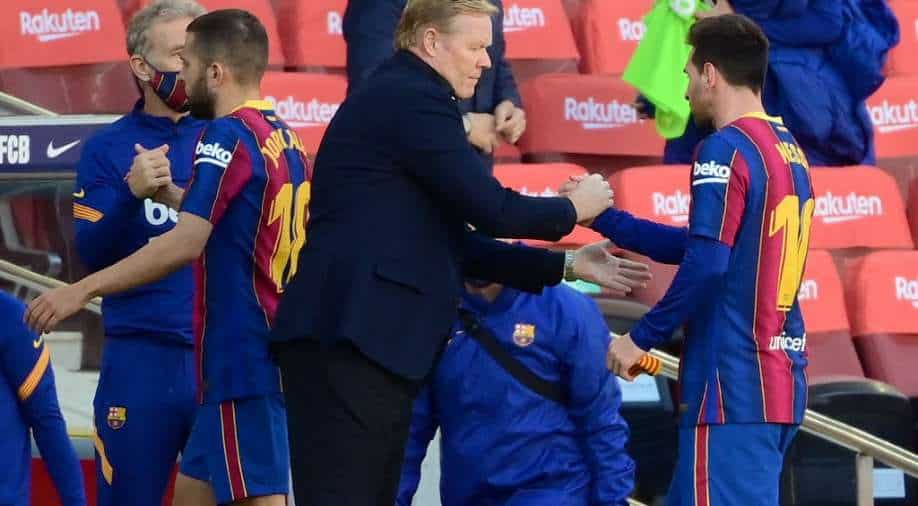 Ronald Koeman has blamed club president Joan Laporta for lacking admiration in the midst of bits of rumors with respect to the Dutchman's future at Barcelona.

Ronald Koeman has blamed club president Joan Laporta for lacking admiration in the midst of bits of rumours with respect to the Dutchman's future at Barcelona.

Barcelona persevered through a grim beginning to their 2020-21 mission. The Catalans were in the fourteenth spot in the La Liga table in November and completed second in the Champions League group behind Juventus. The Spanish goliaths were then taken out of the Champions League in the round-of-16 phase by PSG.

In spite of various misfortunes, Ronald Koeman directed a huge turnaround in his group's fortunes halfway through the season.

A noteworthy run of results in La Liga in the long stretches of January, February and March set Barcelona in a place to mount a genuine test for the title. Ronald Koeman's side travelled to a 4-0 triumph in the last of the Copa Del Rey against Athletic Bilbao in April to guarantee their first trophy under the Dutchman.

Be that as it may, a run of only one triumph in their last five La Liga games has successfully precluded Barcelona's odds of winning the title on the last day of the season.

Barcelona president Joan Laporta has affirmed that 'several decisions' should be made as the club seeks battle for flatware next season. Laporta is apparently considering terminating Ronald Koeman regardless of the advancement Barcelona has made under the Dutchman.

Ronald Koeman has pummeled Joan Laporta for his new remarks and blamed the Barcelona president for lacking appreciation.

"You need to respect your coach and players more. In the last part of the season, I've not felt the support of the club. Things have come out in the press. They don't deserve that kind of treatment, things should be done differently" - he said

"I know there's a lot of pressure here and I accept this, but sometimes I think in this country there's much more of a culture with the media getting involved with a coach's future, which I think is disrespectful" - he said.

"I don't know if I will continue as coach, to be honest. I've not spoken with the president. I know we need to make changes in order to win trophies and if that means a new coach or players then fine, but it needs to be communicated" - he added.

Notwithstanding Barcelona being not able to challenge for the La Liga title on the last day of the season, Ronald Koeman has gained colossal headway at the Camp Nou. Barcelona was a club in the disturbance on and off the pitch preceding the Dutchman assuming control over the rules at the club the previous summer.

Ronald Koeman will require the help of the club's progressive system and a transfer plan to construct a group that will challenge for flatware next season.