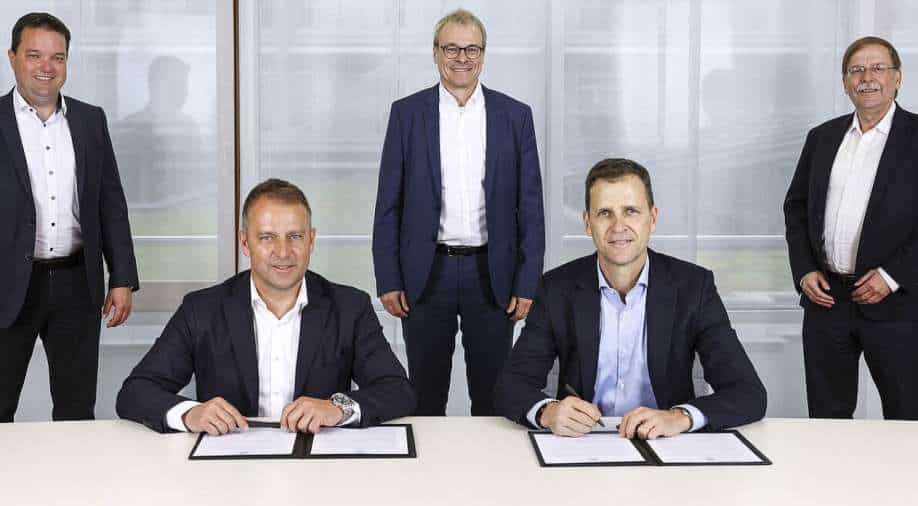 Flick expressed his delight in penning the contract as he said he is “very happy” to become the head coach of the Germany football team. Flick was an assistant to current head coach Loew at Euro 2008 and 2012 while also being a part of the Germany camp that won the FIFA World Cup 2014 in Brazil. The outgoing Bayern Munich manager has signed a three-year deal through to 2024.

"It's all gone surprisingly quickly, but I am very happy to be Germany coach from the autumn," said Flick, 56, after signing a three-year contract to succeed Loew, who will leave the job after 15 years in charge later this year.

The 56-year-old guided Bayern Munich to six major titles during his tenure at the Allianz Arena. Notably, Loew will be stepping down from the national team post after the conclusion of Euro 2020 – bringing an end to his 15-year-stay with the Die Mannschaft.

"I'm really looking forward to it because I can see the great quality of the players, especially the young players in Germany. That's is why we have every reason to approach the upcoming tournaments with optimism, for example, the European Championship at home in 2024.

"In addition, I know from experience of working with [DFB National Teams and Academy director] Oliver Bierhoff that I have a strong, trustworthy partner by my side and who will behind the scenes so that the team, we trainers and staff can get started without a long start-up time,” Flick added.

Flick went on to pass on his best wishes to Loew and his team for the European championship, set to commence in June as he said that the German boss deserved a big end to his career as national coach.

"I am also looking forward to contributing my ideas and ideas beyond the national team to the academy and the other national teams.

"The important thing now is not what will happen in September - I will contact you in detail in August - but the upcoming European Championship, for which I wish Jogi Löw, Marcus Sorg, Andy Köpke and the team the greatest possible success.

"Jogi Löw has more than deserved a big end to his career as national coach."