FA Cup: Chelsea enter quarterfinals after ousting Liverpool in round 5 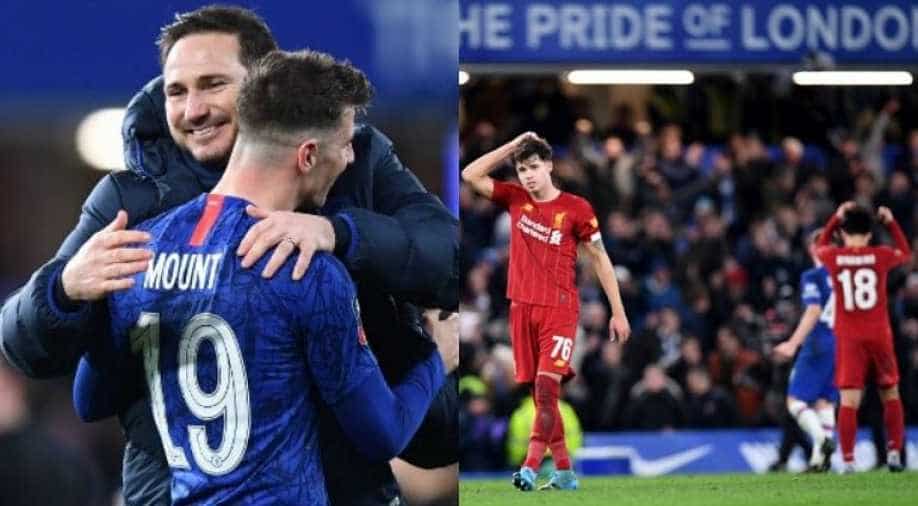 Liverpool's form has been hit by series of defeats, Jurgen Klopp's side has now lost three of their six fixtures.

Lampard's Chelsea stuns Klopp's Liverpool in Stamford Bridge after ousting them in the fifth round of the FA Cup. Willian and Ross Barkley's goals seal 2-0 victory over the Reds.

Liverpool's form has been hit by series of defeats, Jurgen Klopp's side has now lost three of their six fixtures.

"Nobody has to feel sorry for us, we will win football games and that is what we want to do on Saturday," said Klopp.

Chelsea had 17 shots out of which seven were on-target, whereas Liverpool had 14 shots and five were on-target. Liverpool began well, some shots on target came with few seconds after the first half began. Chelsea goalkeeper Kepa saved all the strikes.

Liverpool's continues to attack in the first half kept Chelsea on their toes.

Willian broke through Liverpool's mighty defence in the 13th minute and scored the goal giving Chelsea an edge over Liverpool.

In the second half, Liverpool's attack faded away. Ross Barkley's effort scored another goal in the 64th minute. The goal sealed a quarterfinals spot for the Blues ousting the favourites Reds.

"Losing 2-0 is not good, but it is relatively easy to explain. We made two massive mistakes around the goals," said Klopp.

Lampard was pleased with the victory, he said: "We are not the Chelsea of different eras gone by with (Eden) Hazard and (Diego) Costa, (John) Terry and (Didier) Drogba, we've got younger players but we are trying to bridge the gap upwards,".

"I can't ask for any more in the spirit, work ethic and quality. You have got to defend very well to keep a clean sheet against them," said Lampard.