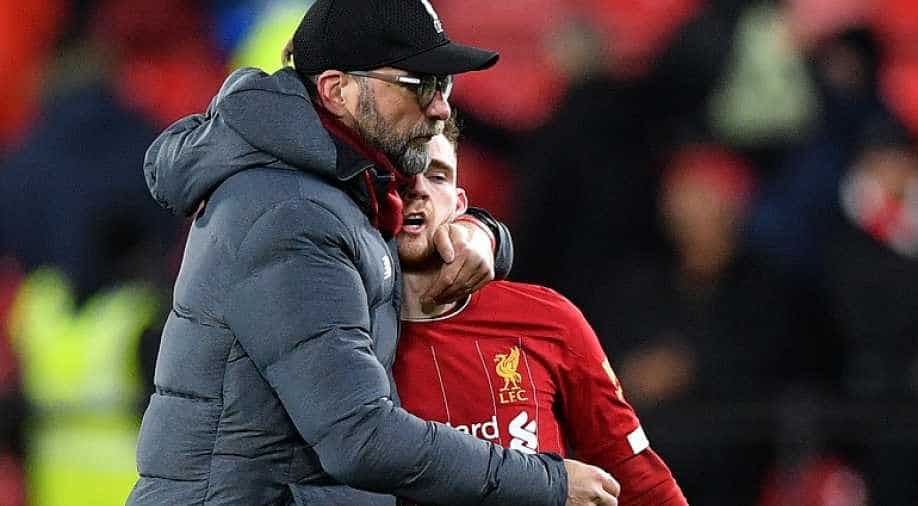 After single-goal victories over struggling Norwich and West Ham either side of a Champions League defeat at Atletico Madrid, Liverpool were comprehensively beaten at Vicarage Road.

Liverpool manager Jurgen Klopp warned his side the Premier League title is not won yet after a 44-game run without defeat in the league came to a crashing end as Watford beat the European champions 3-0 on Saturday.

Klopp's men still enjoy a 22-point lead at the top of the table, but their sluggish return from a two-week winter break earlier this month was finally punished.

"What the boys did so far is exceptional but it is not over," said Klopp.

"We did not expect the number of games we won. It was never easy and it will never be easy, so now let's carry on."

After single-goal victories over struggling Norwich and West Ham either side of a Champions League defeat at Atletico Madrid, Liverpool were comprehensively beaten at Vicarage Road.

A 55-point gap separated the sides before kick-off, but the out-of-sorts visitors failed to muster even a single effort on goal in the first 45 minutes.

"You break records because you are 100 percent focused on each step you have to do," added Klopp. "For that you have to perform. Tonight we were not good enough."

Watford's bright start threatened to be blown off course when Gerard Deulofeu had to stretchered off with a nasty looking knee injury that seems certain to end his season.

Andy Robertson's driven effort finally forced Ben Foster into a save early in the second half, but just as Liverpool were beginning to build up a head of steam, they were stung by two quick strikes by Sarr.