Champions League: Bayern Munich thrash Chelsea in first leg of Round of 16 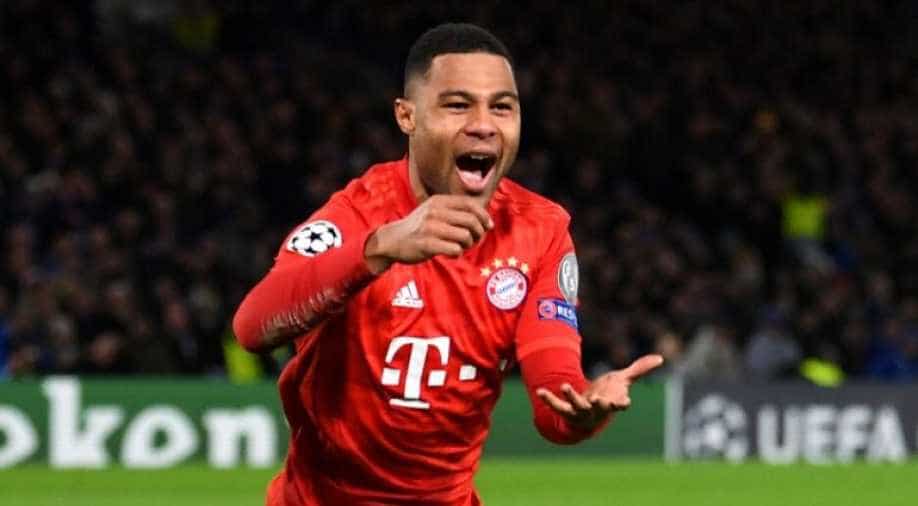 Serge Gnabry after scoring a goal against Chelsea Photograph:( Twitter )

A brace from Serge Gnabry and a goal from Robert Lewandowski ensured that Bayern Munich destroyed Chelsea handing a massive advantage to the German team.

Bayern Munich continues their dominating streak in London after beating Chelsea 3-0 in the first leg of the Round of 16 in the UEFA Champions League at Stamford Bridge.

A brace from Serge Gnabry and a goal from Robert Lewandowski ensured that Bayern Munich destroyed Chelsea handing a massive advantage to the German team.

Chelsea boss Frank Lampard was disappointed with the scoreline and he said: “It was a harsh lesson, a reality check for the players of the levels we want to get to,”.

He went on to add: "That's football at this level, the levels of Bayern were fantastic. It was a harsh lesson for the players. It's the reality of the Champions League,"

Lampard blamed this humiliation on their failure to sign players last month: “There’s no point in looking back on anything other than the fact of being real about where we are...we’re now fighting to come in the top four this year because we want to then improve in the summer. We also have to go to Munich and play with a lot of pride in a few weeks. Today was just a clear show that there’s a lot of work to be done and I felt that when I took the job.”

Jorginho will be missing his second leg after a yellow card for arguing with the referee and Marco Alonso's red card left Chelsea manager Lampard fuming. He said: "I learned about the players. We have to show character. They need to use it to positive effect,".

Chelsea has now lost eight matches at their home ground (Stamford Bridge) in all competitions this season. This is the most in a single campaign since 1985-86.

Bayern Munich will host Chelsea in the second leg of the Round of 16 clash on March 19. (Aggregate 3-0)