Explainer: What is trimetazidine (TMZ), the drug at the centre of doping drama 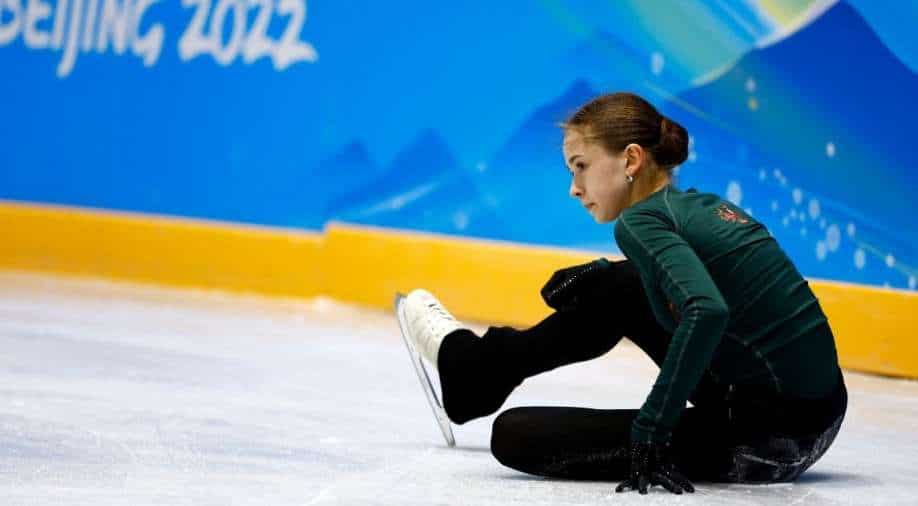 Trimetazidine, known as TMZ, is a drug that is used to treat angina and other heart-related conditions

An Associate Professor of chemistry at the Australian National University says Trimetazidine, a drug Olympics skater Kamila Valieva has tested positive for, could be used for 'performance enhancing purposes'.

It was confirmed on Friday that 15-year-old Valieva - one of the stars of Beijing 2022 - had returned a positive test. Currently cleared to compete by RUSADA, the decision will be challenged at the Court of Arbitration for Sport.

The Russian Olympic Committee has said Valieva's gold medal in the team figure skating competition was won honestly and they will fight to clear her name.

Speaking to Reuters via Zoom on Thursday, Malcolm McLeod, who works in Canberra, also said that it would be hard to return a false positive if tested for Trimetazidine, and it would be 'perfectly reasonable' to treat someone with a heart condition, even if they were young, with the drug.

"The fact that you take this drug once or twice a day suggests that it's clear from body pretty rapidly, and it ceases to have an affect," he added.

"I'm not aware of any long term effects of a drug of this nature. So I would contrast that with something like an anabolic steroid, where you can use a steroid to recover from injury or train, and build up muscle, and that sticks with you for a period of time. So I wouldn't put it in that category."

IN PICS | Doping controversy comes back to haunt Russia at Beijing 2022 Winter Olympics: Here's what we know so far

What is trimetazidine and how is it usually used?

Trimetazidine, known as TMZ, is a drug that is used to treat angina and other heart-related conditions. It works by increasing blood flow to the heart and limiting rapid swings in blood pressure. The drug is not approved for use in the United States.

"If you're in a highly exertional sport, where you're using a lot of energy and you're putting your heart under significant stress, it certainly could help your heart function better theoretically," said Dr. Kelly Johnson-Arbor, a medical toxicology physician at MedStar Georgetown University Hospital.

Why is trimetazidine banned in sports?

It has been on the World Anti-Doping Agency's (WADA) list of prohibited substances since 2014. It's currently categorised as "hormone and metabolic modulator", which is illegal for athletes to use both in-and out-of-competition.

It's believed that TMZ can improve physical efficiency, especially in the case of endurance sports, although opinions vary on how long-lasting the effect could be.

It's a drug that's usually taken once or twice a day, and easy to detect in tests as a synthetic drug.

Who has used trimetazidine?

Russian athletes are no stranger to the substance. In the 2018 Pyeongchang Winter Olympics, Russia's bobsledder Nadezhda Sergeeva was disqualified two days before her race after testing positive for trimetazidine.

One of the most high-profile cases involving trimetazidine is Chinese star swimmer and Olympic gold medalist Sun Yang, who was penalised with suspension in 2014 after testing positive for trimetazidine. Sun said he was prescribed the drug to treat his chest pains.

What is its link to meldonium?

TMZ is another example of a metabolic modulator like meldonium, which has featured in allegations against the Russians for doping.

In the PyeongChang Games, Russia's curling athlete Alexandr Krushelnitckii handed back his bronze medal after testing positive for meldonium.

Russian tennis player Maria Sharapova was also banned for 15 months after being tested with meldonium in 2016.