Every opportunity Wriddhiman got, he grabbed with both hands: Joy Bhattacharjya 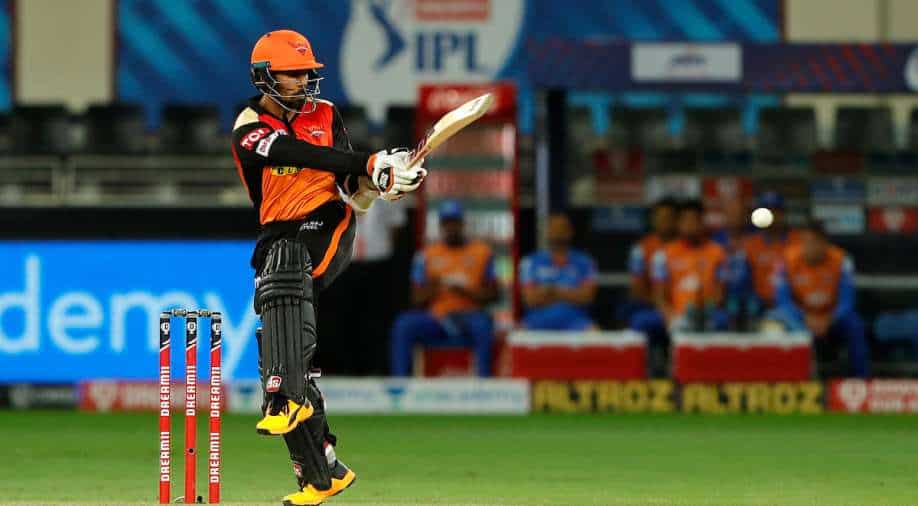 Every opportunity he got, he grabbed with both hands: Joy Bhattacharjya (Photo: BCCI/IPL) Photograph:( Twitter )

Joy Bhattacharjya was all in praise of the Warner-Saha onslaught in the My11 Circle Cricbuzz Analysis: “Sensational, stunning batting – and not just that, you know. Normally, in an innings like that you say that when a wicket has fallen, things will start slowing up. What happened in this innings was … they just kept going and kept going and kept going. Warner’s party became Saha’s party became Manish Pandey’s party.”

While echoing Bhattacharjya’s thoughts, Michael Vaughan lambasted the Delhi bowling: “I thought the bowling was atrocious. They didn’t do anything to try and stop them … The lack of bouncers, the lack of wide yorkers, the lack of real quality slower balls – I do think Delhi put it on a plate. I thought it was too easy for them [Hyderabad] to strike it consistently.”

This was Saha’s second match of the season. His last match was over a month ago. “Every opportunity he got, he grabbed with both hands,” said Bhattacharjya, while praising him. “Amazing positivity … Whether it’s practice, he’s playing, not playing, he is amazing.”

“You can’t allow Rashid Khan that kind of start,” added Vaughan, while referring to Rashid’s double-wicket first over. “He has them on a string. He bowls that awkward length where the batsman is in between, he is nipping either in or away from you. He is very, very clever as well: I think he reads the batsman’s mind … He has kind of got the ball in his hand, and he is kind of looking down 22 yards, whoever he is bowling to, I am pretty much sure 90 per cent of the time he is thinking ‘no matter who you are, I’m better than you’.” From 5 matches against Delhi, Rashid’s figures read 20-1-76-10.

The huge defeat meant that Delhi (+0.03) dropped below Bangalore in (+0.092) in net run rate. Both teams are on 14 points, as are table toppers Mumbai, (net run rate +1.252). Hyderabad now jumped past Rajasthan to secure sixth place.