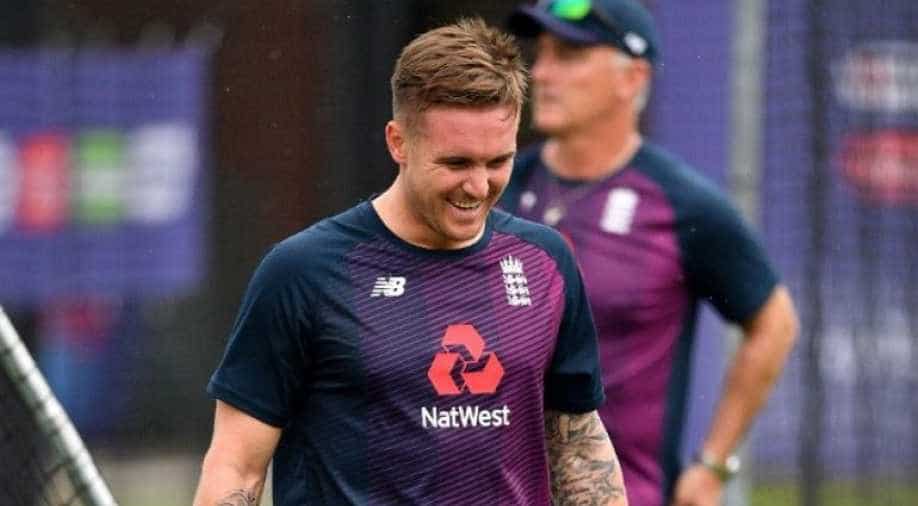 Roy took to Twitter and wrote, 'What an honour it was to receive my cap from this legend. Big boots to fill'

England's star opener Jason Roy took to Twitter and said that it was an honour to receive the Test cap from legendary Alastair Cook in the one-off Test against Ireland.

Roy took to Twitter and wrote, "What an honour it was to receive my cap from this legend. Big boots to fill."

Roy, who was a vital cog for the team's title win in the recently concluded World Cup, will make his Ashes debut, which is scheduled to kick off from August 1.

England coach Trevor Bayliss said that Roy can resolve Test side's top order, which has been their Achilles heel "for the last six or seven years".

And during the World Cup, Roy produced a stunning performance as he amassed 443 runs in seven innings.

England and Australia will compete in five Ashes Test matches from August 1 to September 16.