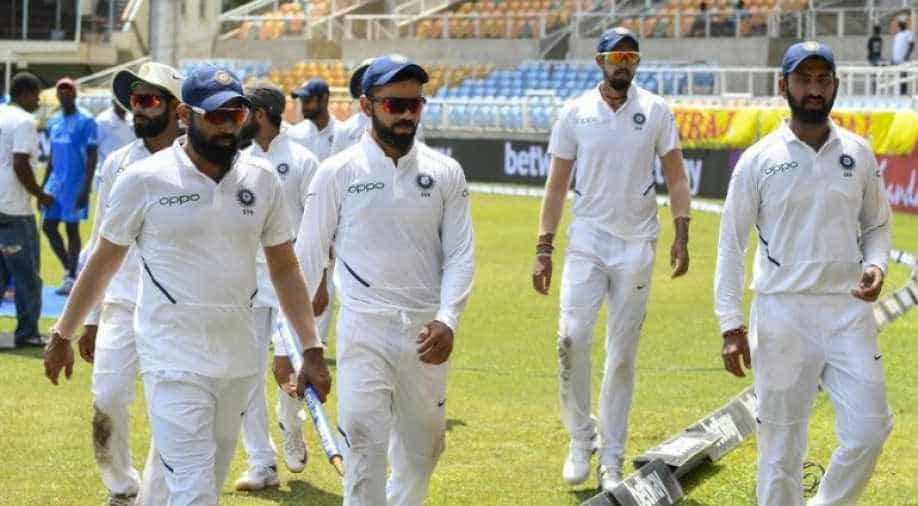 India will host England for four Tests in early 2021 in what could become the key clashes in deciding who reaches the world Test championship final.

India will host England for four Tests in early 2021 in what could become the key clashes in deciding who reaches the world Test championship final.

Sourav Ganguly, president of the Board of Control for Cricket in India, announced the series, planned for February-March, late Tuesday, but warned the coronavirus pandemic could still cause problems.

Australia lead the nine-nation inaugural world Test championship league with India second and England third. The top two will go into the final next year at Lord's.

India host England shortly after their four-Test series in Australia and both showdowns will be key in deciding the final. England had originally been scheduled to play five Tests in India.

England will play four Tests, three one-day internationals and five T20s, Ganguly said, although he said the BCCI would "have to keep assessing the situation" because of the coronavirus pandemic.

"A lot of people are talking about the second Covid wave," he said. "We're already hearing of cases being on the rise again in Mumbai and Delhi, so we have to be careful and make sure everything is in order."

Ganguly revealed that he has undergone 22 Covid-19 Tests in the past four-and-a-half months because of his travel schedule. All had been negative, he said.

The coronavirus has claimed more than 100,000 lives in India, which is the second worst hit nation after the United States.

England's original limited-overs tour to India in September-October and the Twenty20 World Cup in October-November were both casualties of the pandemic.