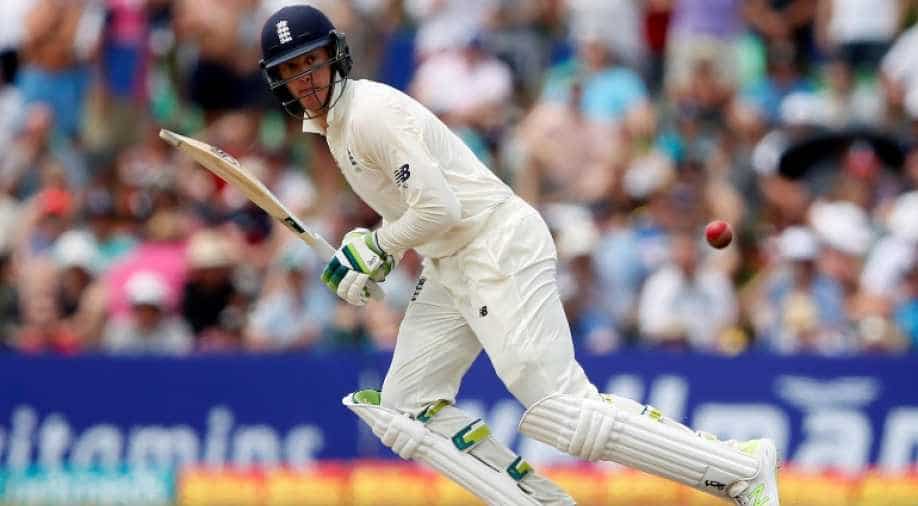 Jennings and debutant Rory Burns put on 60 for the opening stand but England lost three wickets in quick succession to lose some of their early momentum .

England stretched their lead to 250 runs after Keaton Jennings' unbeaten 60 helped them to 111 for three in their second innings at lunch on day three of the opening test against Sri Lanka on Thursday.

Jennings and debutant Rory Burns put on 60 for the opening stand but England lost three wickets in quick succession to lose some of their early momentum.

Jennings, who made 46 in the first innings, hit four boundaries in his patient knock. Ben Stokes was on 14 at the other end at the Galle International Stadium.

England had resumed at 38 for no loss with the openers consolidating their position until Burns' pursuit for a non-existent single culminated with his dismissal.

Burns pushed Dilruwan Perera to midwicket and started off but could not beat Dimuth Karunaratne's direct throw and he was dismissed for 23.

Moeen Ali's 4-66 helped England take a 139-run first innings lead but the all-rounder, for the second time in the match, could not justify his promotion to number three.

He followed up his first innings golden duck with three, tamely hitting Perera straight to Rangana Herath at mid-on.

England captain Joe Root also had a deja vu moment when Herath dismissed him for the second time in the match.

Root made three to leave his side at 74 for three.

Jennings, looking reasonably comfortable against the Sri Lankan spinners steadied the innings and took a single off Akila Dananjaya to bring up his second fifty.