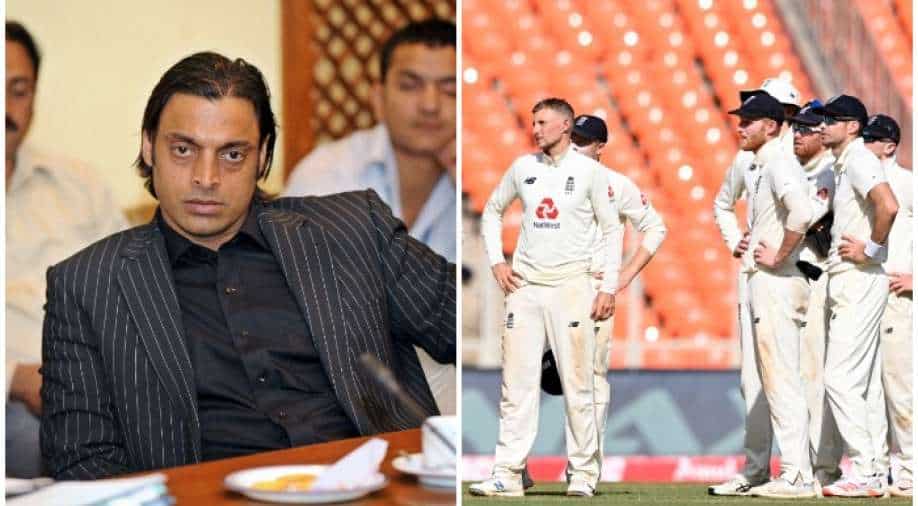 Akhtar said it would have been better had England focused on their batting and crib less about the pitch. While none of the England members criticised the pitch in public, former England captains such as Michael Vaughan, Andrew Strauss and Alastair Cook were critical of the pitch produced in Chennai and Ahmedabad.

“All in all, it was an embarrassing defeat for the England team, and they have got a reality check in India. But they need to now learn the art of playing spin in the sub-continent well. Not sure, how are they going to lift themselves up from this humiliating defeat and motivate themselves to play better,” Shoaib Akhtar said on his Youtube channel.

Akhtar defended the pitches in Ahmedabad as the former Pakistan speedster asked while the visitors struggled, how come India managed to post big totals like 365 on the scoreboard?

“While many might talk about the wickets in the series, but look how India scored 365. They also played on the same wickets, where the England batsmen struggled. If Rishabh Pant and Washington Sundar can score runs, why can’t the English? With utmost ease, India has beaten England in the series, and sealed a spot in the final of the World Test Championship final,” Akhtar added.

Akthar praised Axar Patel highly following his heroics with the ball against England as he said that the 27-year-old might go on to become the quickest to 100 Test wickets.

“Not only did he get a suitable wicket to bowl on, but he is an intelligent bowler too. He wouldn’t have given a chance to the English players when the control was in his hands, and that is what he did. If he keeps getting a few series like this, he might just become fastest bowler to 100 wickets. Having said that, England should have played him better,” he added.

India and England will next play five T20Is starting from March 12 before locking horns in a three-match ODI series.