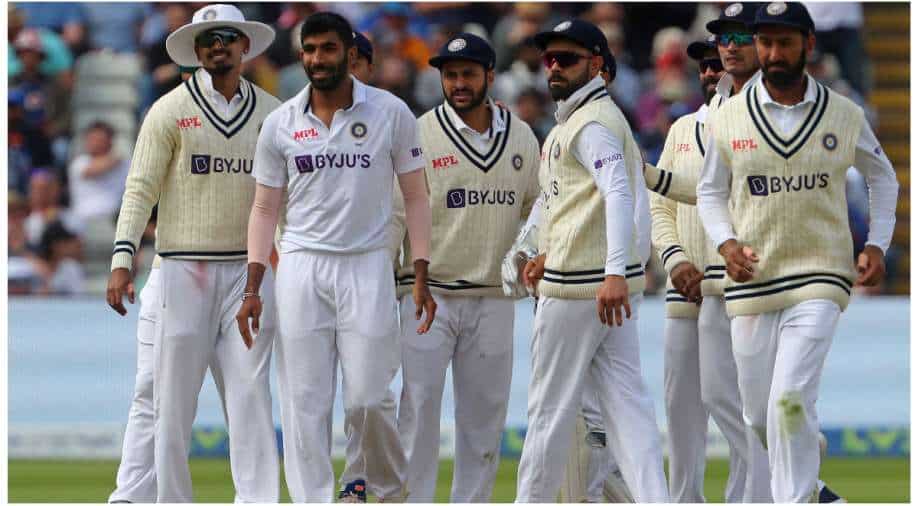 Edgbaston Test: Ben Stokes-led England chased down a mammoth 378 as India lost a terrific chance to win the five-match Test series in England. With the loss, India attain a new low.

India missed a chance to completely bat England out of the fifth and final Test on Day 4, on Monday (July 04), as they were all-out for 245, setting up a challenging 378-run target. While the target was still a mammoth one, Ben Stokes-led England's newly aggressive approach with the bat was sure to test the Indian bowling line-up. At stumps on Day 4, England had their nose ahead being well-placed at 259-3.

An unbroken 150-run fourth-wicket stand between Jonny Bairstow and Joe Root set it up nicely for England before the hosts chased down the remaining 119 runs on Day 5 with the five-match series ending at 2-2. Courtest of this shocking defeat, despite a sizeable 132-run lead, India missed a huge opportunity to win their first-ever Test series on English soil since 2007 and return with a 3-1 scoreline. By virtue of this result, India also attained a new low by failing to defend a 350-plus total for the first time in a Test match.

At the post-match presentation, stand-in captain Jasprit Bumrah pointed out, "I won't go that far ahead (of calling himself an all-rounder). That's the beauty of Test cricket, even if you have three good days. We fell short with the bat yesterday and that is where we let the opposition in to let the match slip away from us. Ifs and buts can always be there. If you go back, if there was no rain in the first match, we could have won the series. But England played really well. We have drawn the series and both teams played very good cricket and it was a fair result. Pant takes his chances. He and Jaddu got us back into the game with their counter-attack. We were ahead in the game. He takes his chances, backs himself and very happy for him. Dravid is always there to guide us and back us. We could have been a little straighter in our bowling lines and use the variable bounce. The captaincy is not what I decide. I like the responsibility. It was a good challenge, a new challenge. It was an honour to lead the team and a great experience."

Being asked to bat first, India were reeling at 98-5 before posting 416 riding on centuries from Rishabh Pant and Ravindra Jadeja. Getting a big lead, after England were all-out for 284, India set up a stiff target as the home side rode on centuries from Bairstow (two tons in the match) and Root (142 not out) to script a famous seven-wicket win with more than two sessions to spare.