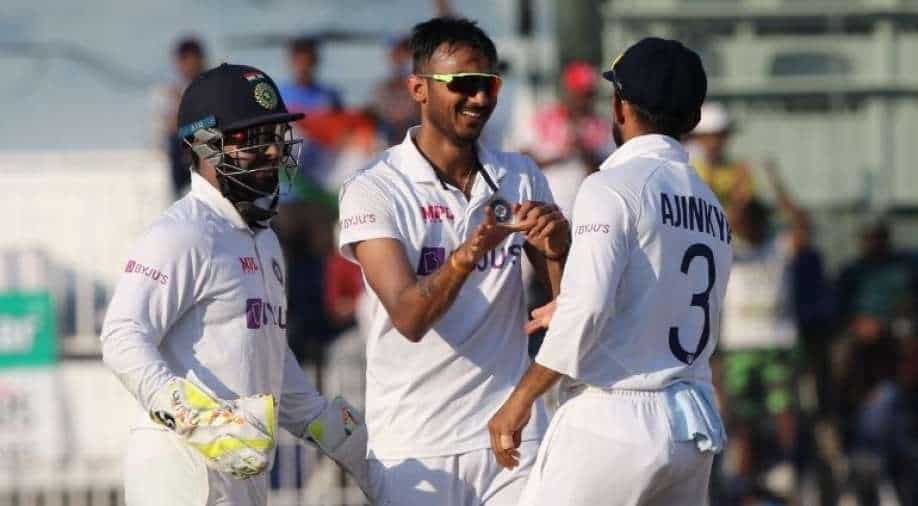 Axar Patel and Ravindra Jadeja, both the all-rounders are part of India's squad for the two-match Test series against New Zealand

Former Pakistan cricketer Salman Butt praised Indian all-rounder Axar Patel and called him "extremely talented" but he also weighed in on the comparison between Patel and senior all-rounder Ravindra Jadeja stating that the latter is a "complete player".

The 27-year-old Axar was part of three-match T20I series between India and New Zealand that Rohit Sharma & Co. won 3-0. Overall he picked four wickets in the series and emerged as a vital cog in the third and final match when he took two crucial wickets.

On his YouTube channel, Butt said, "Axar Patel is extremely talented, but Ravindra Jadeja is a complete player. Be it batting, bowling or fielding, he is an outstanding team man. So definitely when one player goes, his replacement comes."

Butt compared Axar with Jadeja, who was not part of the T20I series as he was among the top players, who were rested.

"If you don't have Jadeja, then you have Axar Patel, but at the moment, I don’t think Axar and Jadeja are in the same league. Axar is very talented and can take that place in the future, but Jadeja is the better option right now," Butt stated.

"I think there are 2-3 very good spinners. Ashwin is one, Nathan Lyon is another. They are top-quality spinners. Yasir Shah has not played much of late. He took 200 wickets very quickly," Butt stated.

"I think there are very few spinners right now who can perform well in Test cricket across the world. Keshav Maharaj is an excellent spinner as well," he added.

Axar Patel and Ravindra Jadeja, both the all-rounders are part of India's squad for the two-match Test series against New Zealand, scheduled to start from Thursday (November 25).