Djokovic is the 'Spartacus of the new world' that doesn't tolerate injustice, says World No. 1's father 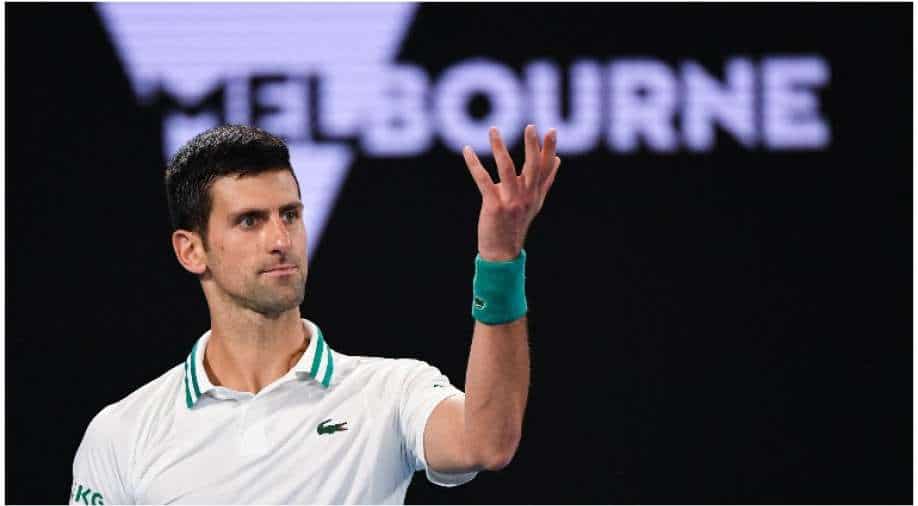 Djokovic is Spartacus of the new world, says father amid his detention Photograph:( AFP )

World number one Novak Djokovic has made heads turn for all the wrong reasons of late. After his visa not being cleared on arrival in Australia and being detained in a quarantine hotel, his father has lashed out at Australia for the whole episode and lauded his son.

Ahead of the Australian Open, World number 1 Novak Djokovic has made a lot of noise. However, the Serbian is in the news due to all the wrong reasons. While his stand on Covid-19 vaccination remains known to all, he had mentioned that he was coming to participate in the first Grand Slam of the year after getting an exemption from the Victorian government with regard to the vaccination.

As per the rules, every player needs to be fully vaccinated to participate in the Aus Open 2022. However, Djokovic was set to participate on grounds of medical exemption to take the jab. Nonetheless, the 34-year-old arrived in Australia on Wednesday (January 5) and found himself in a detention centre after not being allowed to enter the country with his visa being denied by the authorities at the airport.

Djokovic is now in a quarantine hotel in Melbourne after his lawyers secured an agreement for him to remain in the country before the court hearing on his lack of proof of exemption. Thus, the Serbian's father has lashed out at the officials for the unfortunate turn of events.

"Novak has become the symbol and a leader of the libertarian world, a world of poor and oppressed nations and people. My son has shown that a small and heroic country like Serbia can boast of the world`s all-time best tennis player and athlete," Djokovic`s father Srdjan told the Telegraf website. "They can incarcerate him tonight, shackle him tomorrow, but truth is like water, as it always finds its way. Novak is the Spartacus of the new world that doesn`t tolerate injustice, colonialism and hypocrisy," he said. "Novak has shown you can achieve anything if you have dreams, and he shares these dreams with billions of people who look up to him."

Meanwhile, a concerned mother of Djokovic -- Dijana -- said in a press conference in Belgrade on Thursday, "I spoke with him a couple of hours ago, he was good, we didn’t speak a lot but we spoke for a few minutes. He was trying to sleep, but he couldn’t."

She added, "As a mother, what can I say, you can just imagine how I feel, I feel terrible since yesterday, the last 24 hours. They are keeping him like a prisoner, it’s just not fair, it’s not human. I hope he will stay strong as we are also trying, to give him some energy to keep going. I hope he will win. His accommodation [is] terrible. It’s just some small, immigration hotel, if it is a hotel at all. With bugs, it’s all dirty, the food is terrible."

ALSO READ | Australia delays Novak Djokovic's deportation: What's next for world no. 1 and his bid for Aus Open title?

On the other hand, Djokovic's former mentor Niki Pilic told Reuters that the entire situation is "farcical" and a "disgrace", adding that: "Politics have interfered with sports here as it so often does."

Australian Prime Minister Scott Morrison made it clear that the tennis superstar Djokovic would receive no special treatment. In this regard, Pilic told the news agency, "The Australian Prime Minister is trying to please a part of the country`s society and improve his poor political rating by saying `Djokovic can`t compete because I said that unvaccinated athletes will be banned from competing`."