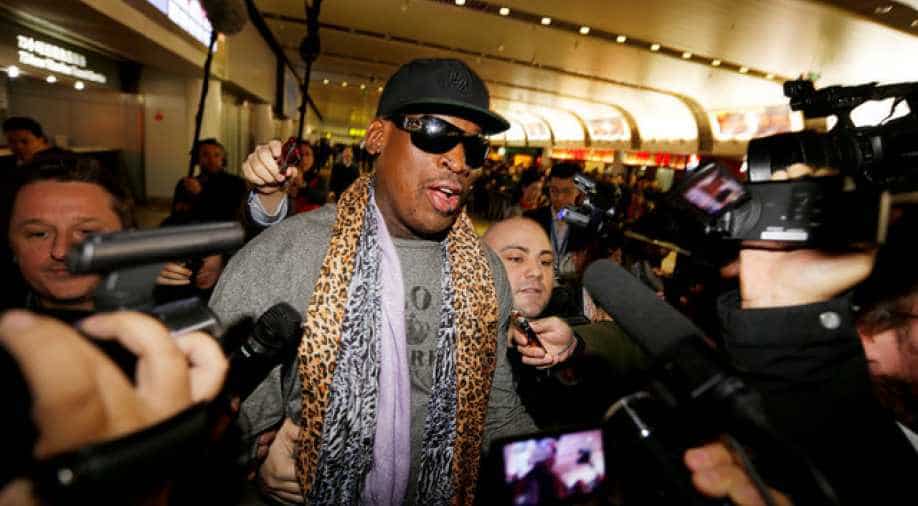 Rodman has also been sentenced to 30 hours of community service, ordered to pay restitution and donate to a victim witness emergency fund. Photograph:( Reuters )

Former pro basketball star Dennis Rodman pleaded guilty and was sentenced to three years probation on Monday on charges that he drove the wrong way on a California highway, forcing another car to swerve into a concrete dividing wall.

Rodman, a former National Basketball Association forward with the Detroit Pistons and the Chicago Bulls, drove his sport utility vehicle the wrong way on Interstate 5 in the carpool lane early on the morning of July 20, prosecutors said.

The driver of a sedan driving the correct way swerved to avoid a head-on collision with Rodman's SUV and slammed into a concrete wall along the carpool lane, prosecutors said. There were no serious injuries in the incident.

The driver of the sedan called 911 and California Highway Patrol (CHP) officers responded, but when they arrived Rodman had driven away, prosecutors said.

CHP investigators determined Rodman was the SUV driver but when they eventually spoke to him he gave false information about the incident, prosecutors said.

Prosecutors initially charged Rodman, 55, with hit-and-run that causes property damage, driving a motor vehicle across a dividing section, giving false information to a police officer and driving without a valid license.

The hit and run charge was later discharged, and Rodman pleaded guilty to the remaining three misdemeanors on Monday afternoon in an Orange County Court.

Rodman, nicknamed "The Worm" during his playing career, is considered one of the best defensive players and rebounders in NBA history.

He was convicted at least twice of driving under the influence, in 2000 and 2004, according to media reports at the time.

He made international headlines in 2013 by visiting North Korea, where he socialized with the country's leader, Kim Jong-un.